After leaving the stage 15 years ago, Destiny’s Child might soon reunite as the group’s manager, Matthew Knowles, recently discussed the matter.

Fans and supporters of Destiny’s Child have continued to speculate about the group’s reunion. The speculations seemingly further strengthened its stance when former manager, Matthew Knowles, who is also Beyoncé’s father, reportedly hopes for the same thing.

After their exit in 2005, the group last performed in 2018 for Coachella. Since then, rumors of the girl’s reunion have continued to develop.

It remains unclear, though, whether Beyoncé, Kelly Rowland, and Michelle Williams will soon get back together for a tour or performance. But, the public would certainly love that.

Destiny’s Child released its first album in 1998. The public celebrated the group’s music and fame throughout its active years.

While they remained on charts, the group shockingly announced their split in 2005. Many speculated that it was because of Beyoncé as she was about to launch her solo career.

Amid the speculations about the group’s disbandment, reports cleared out that the three women believed they have already “fulfilled” their destiny as a group, according to Bustle. Eventually, they all launched their respective careers and have since remained as “good friends.”

Brief reunions after the split

After their split, all members of Destiny’s Child had several brief encounters and reunions with each other. From one record or video to another, they reportedly made appearances in support of each other’s careers. 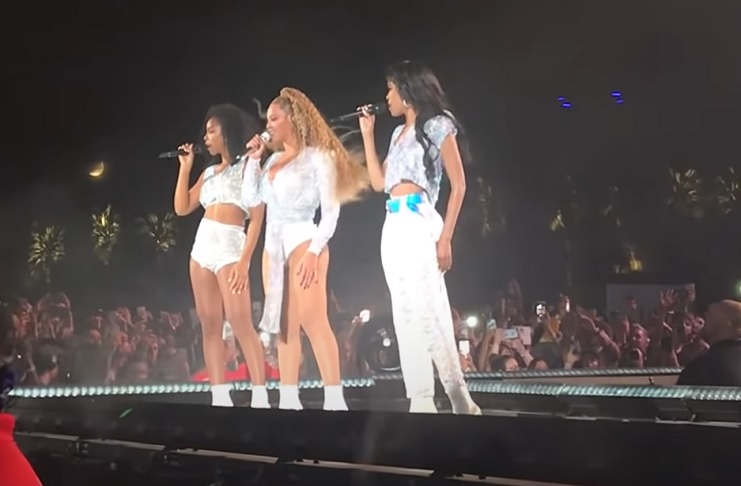 But, among all their quick reunions and getaways, the most iconic one was in 2018 when they performed in Coachella. Beyoncé was the headliner of the event, and Kelly Rowland and Michelle Williams joined her on stage.

Matthew Knowles discussed the possibilities of a reunion

In an exclusive interview with Us Weekly, the former manager of Destiny’s Child, Matthew Knowles, shared his insights on the group’s possible reunion. He reportedly “opened up” about the possibility of seeing his daughter Beyoncé, alongside Kelly and Michelle, all performing together.

Upon asking about his stand, whether he would like to see the group together again, the record executive said that he “certainly” hopes so. But, he reportedly pointed out that all of the three women have their “individual solo careers.”

He then went on to assert that their respective responsibilities, like parenthood and family, “changes the dynamics.” It is “a lot of juggling,” Matthew Knowles added.

In the end, however, he said that in “due time,” Destiny’s Child will come to a decision whether they want to do a reunion or not. Whatever the case, though, he said that he will be “as supportive as” he could be as the group’s manager.