Predictions are out for Diablo 2 remaster with a potential release this year. Pundits expect Diablo 2: Resurrected to come out with a blast.

Moreover, Activision Blizzard is looking to release more games this year, including more Call of Duty and WoW:Shadowlands. As for the pertinent details regarding the game, full details are not yet released by the developer.

The reliability of the whistleblower is not hard to vouch. For starters, Blary called previous announcements for a variety of games. These announcements include Diablo 4, Overwatch 2, and WoW: Shadowlands.

This level of credibility gives Julien’s story more weight than the typical online leak. Vicarious Visions is not a new studio either, handling many tasks for Activision. These include the porting Destiny 2 for PC and working on the Crash Bandicoot N. Sane Trilogy.

These development experiences give the potential of Vicarious Visions some credence. Even then, Blizzard is yet to make an official announcement for themselves.

When Starcraft: Remastered came out, fans immediately asked for a remaster of Diablo 2. Blizzard at the time shot down any chances of it. Original project and design lead David Brevik said in a podcast that it is “difficult for Blizzard to do.”

“They have their work cut out for them,” Brevik said. “I don’t believe a lot of the assets survived. I think that remasters are okay, they’re fine, but you have to be really careful with remasters, and there’s this delicate balance.”

Blizzard remasters not a good idea at the moment

Fans of Diablo clamored for any new installment to the franchise for a long time. Even then, a remaster is an unlikely addition that people need at the moment. 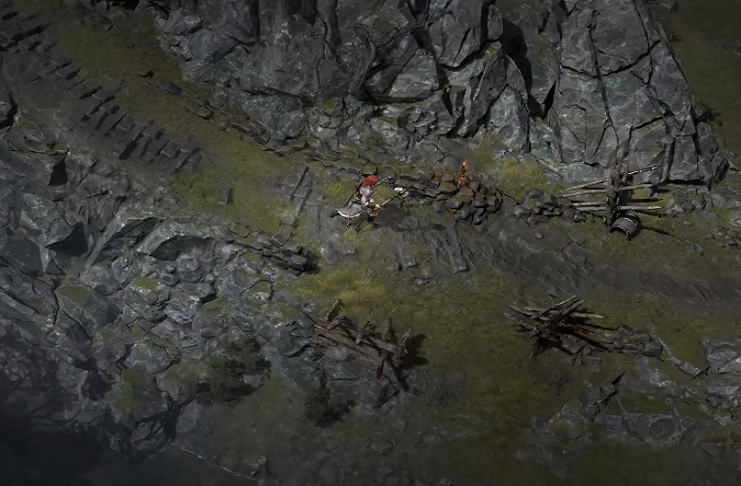 At Blizzcon 2018, fans waited for a Diablo 4 announcement, only to here of mobile game Diablo Immortal. It was so ill-received that it created among the biggest fan backlash against Blizzard.

The Blizzcon 2018 debacle created industry memes like the infamous “Do You Guys Not Have Phones?” This event marked a level of tone-deaf behavior in Blizzard that made Diablo a finicky subject to fans.

Even then, a Diablo 2 remaster done right can bring back fans who have lost faith in the franchise.

Elizabeth Olsen says ‘WandaVision’ is a blank slate for MCU