Noted Bitcoin advocate and Overstock CEO Patrick Byrne has resigned after revealing a romantic relationship with a Russian agent.

According to Byrne, the reason for his departure is that he feels his presence will jeopardize Overstock’s future business dealings.

“Though patriotic Americans are writing me in support, my presence may affect and complicate all manner of business relationships, from insurability to strategic discussions regarding our retail business,” he wrote.

The announcement by Patrick Byrne of his resignation took many by surprise, and his stepping down follows on the heels of an interesting press release that he issued just over a week ago.

In that earlier press release, Byrne commented on the “Deep State” of the U.S. government and the “political espionage” that masqueraded as law enforcement investigations into the 2016 election.

It also revealed a July meeting with a small group of journalists in which Byrne announced he had been in a romantic relationship with Maria Butina, a Russian national recently convicted of acting as a foreign agent.

Prosecutors maintain that Butina worked to infiltrate various conservative political groups within the United States on behalf of Russia since 2011, charges that the Russian government denies.

Butina eventually pleaded guilty to conspiracy to act as an illegal foreign agent and received an 18-month prison term.

In his resignation letter, Patrick Byrne reaffirmed his faith in blockchain technology.

“I think the blockchain revolution will reshape key social institutions. We have designed and breathed life into perhaps the most significant blockchain keiretsu in the world, a network of blockchain firms seeking to revolutionize identity, land governance […], central banking, capital markets, supply chains, and voting.” he wrote.

Byrne went on to say that Overstock should continue to push farther with blockchain technology.

“The best thing to do for shareholder interest is to use cash flow to mature our blockchain keiretsu firms to fruition while we keep running our retail business focusing on refining it as an exquisite gem of a technology platform, rather than again trying to go head-to-head with any firm in the process of dropping billions of dollars in losses,” he said. 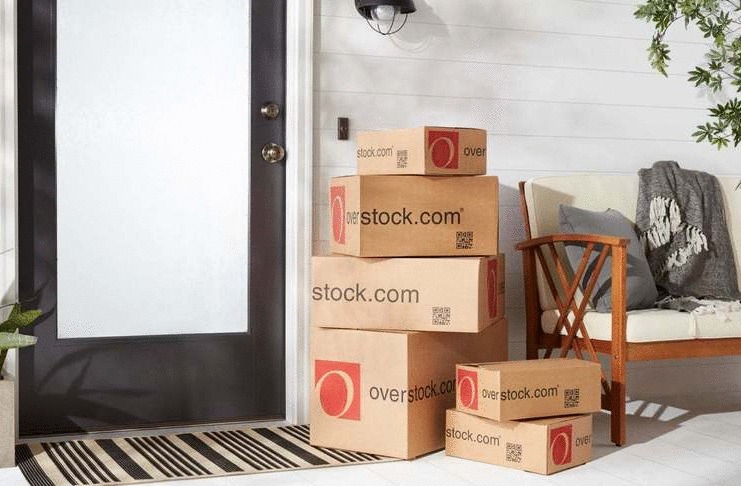 Byrne has been a long time cryptocurrency and blockchain advocate, working hard to incorporate the innovative new technologies into the retail giant’s platform.

Overstock was one of the first – and largest – mainstream retailers to accept Bitcoin as payment.

Fortunately, it does appear that the company plans to continue supporting crypto and blockchain technology going forward.

On the heels of Byrne’s resignation, Overstock announced that Jonathan E. Johnson III would be stepping in as interim CEO.

Johnson, who has been with the company for 17 years, also serves as the president of Medici Ventures, the Overstock subsidiary that focuses on blockchain innovation.

“I am confident Overstock’s future – both in retail and blockchain – is bright,” Johnson said when his new position was announced.

Also casting a positive light on Overstock’s future in the blockchain space is Allison Abraham, chairperson of the company’s Board of Directors:

“We respect and understand Patrick’s reasons for resigning and acknowledge his momentous achievement in taking Overstock from a startup twenty years ago to one of the nation’s leading online retailers and positioning it at the forefront of the blockchain revolution.”