As they go deep into Baldur’s Gate 3, Larian notes that the team is playing around with DOS2. As Divinity: Original Sin 2 goes into its third year, fans of the game are growing more anxious.

Clamor on Twitter suggests fans want some more content that delves deep into the game. With the world of Rivellon as deep as it already is, it’s hard to dismiss such gusto. The Divinity games are what enabled Larian Studios to grow big enough to get Baldur’s Gate.

Larian is putting its sole focus on the development of Baldur’s Gate 3. They’re the only studio at the moment capable enough to take on the project that Bioware and Black Isle Studios had in 2000. Even then, fans are looking for more.

Fans learned yesterday that a June 6 digital games celebration across the industry. This celebration will include industry big-wig events like the PC Gaming Show and Future Game Show. The entire day will also celebrate indie titles with the Guerrilla Collective.

The Guerrilla Collective is a group of up to 21 indie studios showing off their games. Among them is Larian, known for their expertise in CRPG experiences.

Larian Studios is ready to show off their progress with Baldur’s Gate 3. Fans are asking for more. In a recent tweet, Larian director Michael Douse says he has some Divinity news ready.

There will be a (couple) Divinity announcement(s) in this, alongside Baldur's Gate 3. Gotchu fam.

We don't have a new Divinity game on the cards right now, but we're playing around with DOS2 and DOS2's characters. I love them too and I MISS them.

Guerrilla Collective announcement can be a new update or remaster

With this announcement, the new update for DOS2 can be anything at this point. It can be an update for the game or some new DLC. While Rivellon is an expansive world, it can use some fresh content after three years. 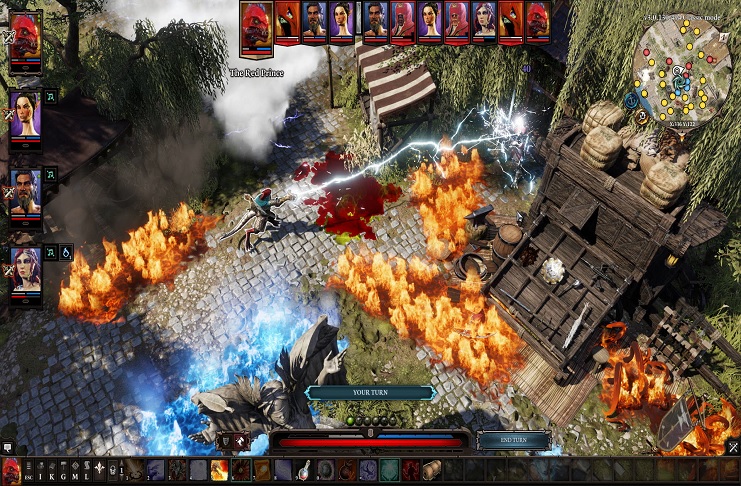 With that said, fans can only wait until June 6 comes to pass. The Guerrilla Collective has many different studios ready to give new updates. Some of the prominent ones include 11 bit Studios, Paradox Interactive, Rebellion, and ZA/UM.

Divinity: Original Sin 2 is available on Steam and is currently on sale.

The Notebook secret: George Clooney almost joined the film with other...