Scott Derrickson, the director of 2016’s Doctor Strange, has confirmed that he will be taking on directorial duties for the sequel of the 1980s classic Labyrinth.

According to an exclusive report from Deadline, Derrickson will be working on bringing the new Labyrinth installment to life for TriStar Pictures, with the help of scriptwriter Maggie Levin of Into the Dark fame.

The original Labyrinth was released more than three decades ago, with the late rock star David Bowie headlining the film, along with a young Jennifer Connelly (who’s now starring in the post-apocalyptic series Snowpiercer for TNT).

The 1986 movie was directed by Muppets maestro Jim Henson, who worked with a screenplay written by Terry Jones, based of course on a story Henson himself came up with.

So what’s the story? It follows Connelly’s Sarah as she goes on a fantastical journey to save her little brother Toby from the titular maze controlled by Bowie’s Jareth the Goblin.

Upon its release, Labyrinth was only a modest hit by any measure. But the film has since grown into a cult classic. 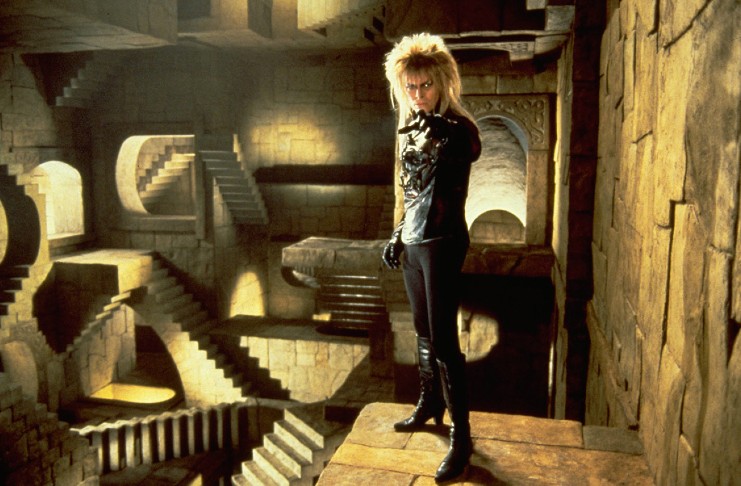 As for Derrickson’s continuation of the story, not much has been made public yet with regards to the plot.

But the filmmakers behind the project have hinted strongly that the new film will be a direct sequel to the old one, and not a reboot or a spin-off.

Derrickson had hit pay dirt with the mainstream success of Doctor Strange four years ago, managing to please fans of the Marvel Cinematic Universe with his take on the Sorcerer Supreme, aided immensely of course by charismatic turns from stars Benedict Cumberbatch, Chiwetel Ejiofor, and Rachel McAdams.

But many may not realize that Derrickson has plenty of experience with the weird and the spooky, with past films that include Sinister (starring Ethan Hawke), Deliver Us From Evil (with Eric Bana), and The Exorcism of Emily Rose (with Laura Linney and Tom Wilkinson).

Based on those past efforts, the director should fit in nicely with the fantastical and whimsical themes prevalent in the original Labyrinth.

The sequel to Labyrinth was supposed to be directed by Fede Alvarez, who had previously delivered horror genre delights such as 2013’s Evil Dead, 2016’s Don’t Breathe, and 2018’s The Girl in the Spider’s Web.

But Alvarez has since left the project, basically making way for Derrickson to step in. Derrickson’s entry in itself is intriguing, to say the least. He was slated to do the sequel for Doctor Strange but has since decided to exit the production.

Now with time in his hands, he should find himself busy soon utilizing his talent and vision for another magical movie project.

Image 1 and Image 2 courtesy of LucasFilm