Home Technology Mobile Does the Poco F2 Pro live up to the ‘flagship killer’ name?

Xiaomi Poco F1’s successor, Poco F2 Pro, was recently launched. Now, does it live up to the “flagship killer” moniker?

When the Poco F1 was launched back in 2018, it was a stunner. It has flagship specs at a very affordable price. The successor, Poco F2 Pro launched recently with top-tier components and a significant price bump.

Xiaomi is known for its fully-featured budget devices. Hence, when the Poco X2 came out, a lot of people were disappointed. It is not a direct replacement to the well-loved Poco F1.

When the Poco F2 Pro was released, it has top-tier specs yet people commented that it is no longer a budget flagship killer. Does it live up to the moniker?

Watch as we unveil all the secrets that make #POCOF2Pro THE 2020 flagship killer. #PowerfullyCool

1. Better alternatives available in the market

The secret to the success of the Poco F1 was imitated by Oppo when they launched the series of Realme smartphones. The company grabbed excellent hardware and slapped an affordable price.

When it comes to specs though, the Realme X50 Pro takes the edge. It is priced a little higher but it is compensated by a 90Hz screen, which the F2 Pro does not have.

The camera configuration is also better on the X50 Pro. Poco decided to put a macro sensor on the F2 Pro while Realme went for a telephoto lens.

In terms of usability, there is a better use for the telephoto lens compared to the macro.

The X50 Pro has no headphone jack, though, which gives the F2 Pro an advantage to audiophiles.

This time, the Poco F2 launched for $499, which is far from the Poco F1. A direct comparison to the Poco F1 is unfair, though, as the Poco F2 is not of the same level in terms of build quality.

The newer device has an all-glass finish with a better screen.

The comparison should be targeted towards premium flagships, such as the Samsung Galaxy S20, OnePlus 8 Pro, and Huawei P40 Pro—among others.

In this comparison, the Poco F2 comes out as a better deal.

However, launching at $499 when an Apple iPhone SE starts at $399 is very difficult to justify.

This comes true for people who are not familiar with the Android ecosystem. It would be better for them to get a device from a known brand than a new Chinese OEM.

It is understandable that the significant price increase is due to the Snapdragon 865’s price and Qualcomm’s control over it.

The brand Poco is a subsidiary of Xiaomi. It is a common trend for Chinese OEMs to have subsidiaries for other smartphone lineups. It is also the same with Oppo’s launch of Realme devices.

But this connection with Xiaomi might not help today. Xiaomi drew flak recently as reports of data gathering through smartphones were released.

According to these reports, Xiaomi keeps track of folders that were opened, apps that were swiped, browsing history, and the settings page.

Despite the report’s focus on Xiaomi, knowing that the Poco brand is under the Chinese giant makes it an issue worth considering.

For a budget device, is it worth it to expose private settings?

The average person might not consider privacy as a factor when choosing a smartphone. But for enthusiasts, it is a deep issue that needs to be addressed immediately. 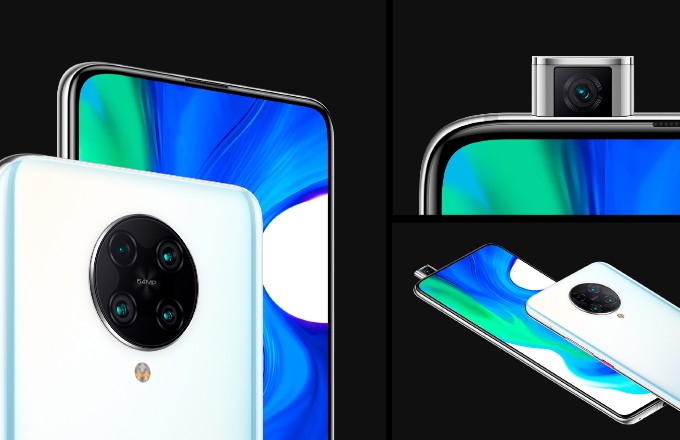 Although there are issues that the Poco F2 Pro is facing today, it is still a flagship killer.

It has top-tier specs on paper at a price point that is half of what major companies offer. But it is not the only option.

Gone are the days when the term flagship killer is worn by a single device. There are a lot of options now that the user’s purpose is the determining factor on what device to get.

The competition is very tough nowadays. The Poco F2 Pro is a nice try this year, but it is not enough to be known as the sole flagship killer this 2020.

Ben Affleck gets back together with Jennifer Garner after Ana de...

Jennifer Aniston refuses to deny rumors that she’s hanging out with...