Donald Trump and Barack Obama are reportedly nothing alike, especially in the way they live their days inside the White House.

Donald Trump is almost always slammed and criticized. From the way how he leads the United States to how he lives his life, criticisms always follow. While former U.S. President, Barack Obama had his fair share of objections, nothing much has been said about his lifestyle.

This is probably one of the reasons why comparisons are always made between the two American politicians. As per reports, though, Trump and Obama have led a very different lifestyle.

According to BBC News, the incumbent United States President wakes up at 5:30 in the morning. However, he reportedly spends most of his morning hours watching television and “tweeting.“

His favorite television shows are apparently news platforms. This is why most of his tweets in the morning are, more often than not, based on the current news he has watched or heard.

On the other hand, Barack Obama reportedly starts his “working hours” between 9:00 and 10:00 in the morning. As stated, by this time, he has already finished his breakfast and morning exercise routines. While it is not exactly revealed what time he gets up, it is believed that he starts his day as early as 6 in the morning.

Trump, Obama, and their working hours 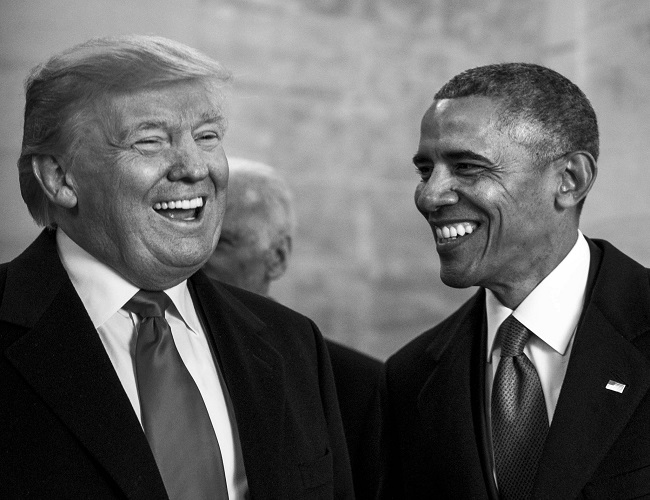 It remains unclear how the current U.S. President finishes his work in the day. The reason being is that there is always a huge “Executive Time” block on his daily schedule that lasts for more than two hours.

There was even a day in the past when he spent nine hours on this block alone. As noted, he does not do any official meeting or work during these hours.

For Obama, though, he reportedly spends most of the day inside the Oval Office. But, he gets back to the residence by dinner to dine in with his family.

The Presidents’ diet and exercise routines

Despite the huge differences in their daily lifestyle, both of the politicians reportedly share the same interest over golf. However, reports noted that Barack Obama mixes his golfing sessions with other activities, like basketball. Meanwhile, Donald Trump sticks to his golf and reportedly treats it as his main exercise.