Home Entertainment Donald Trump: Celebrities who spoke against POTUS since 2016

Here the celebrities from various industries who are not fans and spoke against Donald Trump.

When Donald Trump announced his candidacy for the 2016 Presidential Election, several people expressed their dislike over the then-real estate mogul. Many of these individuals are celebrities from different industries.

Reports also shared that almost all of these personalities still have not changed their views and opinions about Trump. In fact, most of their comments even worsened, especially when the now-incumbent United States President took office.

Actors, actresses who have “clapped back” at Donald Trump

In Hollywood, many famous actors and actresses have utilized their popularity and respective social media platforms in speaking against Donald Trump. In the words of Marie Claire, these celebrities have spoken out “against his atrocities.”

Olivia Wilde and Elizabeth Banks have since shared their dislike toward Trump. Both of them have described him as “pathetic” and “petty” since his emergence in the arena of politics.

The same is also true for the Pirates of the Caribbean star, Johnny Depp. As revealed, the actor noted four years ago that it would be “interesting” for American history if the then-presidential hopeful would win the election. The reason being is that he believes that Donald Trump will be the last President of the U.S. since it will “not work.” 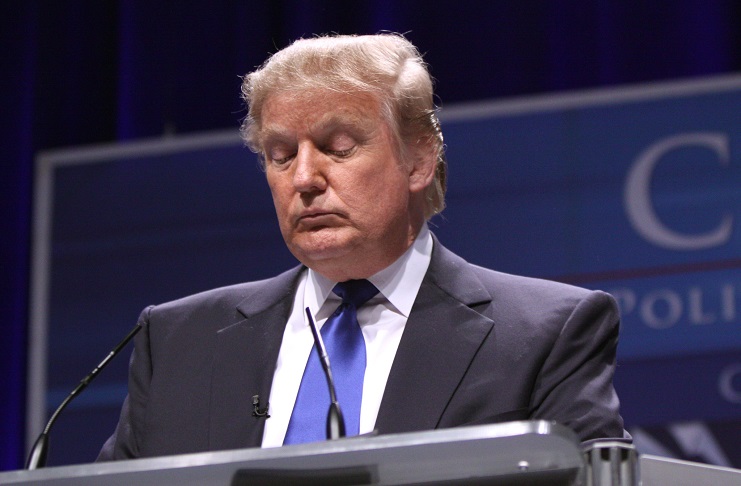 Some actors and actresses, however, reportedly shared their distaste over the U.S. President, specifically due to certain issues. The likes of Laverne Cox and Chris Evans are only some of them.

Aside from these celebrities, several others have also spoken against the President. These include Richard Gere, George Clooney, Robert De Niro, Will Smith, Jack Black, Kerry Washington, Kristen Bell, and Jennifer Lawrence.

Artists who are not fans of the U.S. President

Several celebrities in the world of music have also repeatedly slammed Donald Trump over the years. In a list published by Entertainment Weekly, star couple John Legend and Chrissy Teigen seemingly place at the top. As the supermodel reiterated, “no one likes you.”

Other prominent artists who have criticized the U.S. President include Lady Gaga and Miley Cyrus. Both of the songstresses mainly targeted their objections to Trump’s reported sexism. Cher and Barbara Streisand also reportedly spoke against Donald Trump, especially during the election period.

Other personalities, icons who are against Trump

Lebron James and Stephen Curry are some of the professional NBA players who have reportedly slammed the incumbent U.S. leader since his arrival inside the White House. Alongside these personalities from the sports industry, celebrity authors have also shared “creative” comments to express their distaste toward the patriarch of the Trump family.

While Stephen King, Cheryl Strayed, and Dave Eggers’ petition, “Writers on Trump,” seemingly caught the attention of many people, it has been JK Rowling who has surprised the public. “Voldemort was nowhere near as bad” as Donald Trump, the Harry Potter creator, stated.