Donald Trump recently defended his work habits, deemed himself a “hard worker” after revealing that he has been working “early in the morning until late at night.”

Donald Trump reportedly “lashed out” on social media on Sunday. This came after a report from The New York Times described him as a “sour President,” who comes into the Oval Office “as late as noon.”

In response, Donald Trump took his thoughts to his Twitter account. He said that he works “early in the morning” until night. He also included that he has not left the White House for many months now.

The statements made by the U.S. President came in a series of tweets. One of which even included how the people in his circle reportedly see him as the “hardest working President” in American history. Although he did not directly agree to it, he stated that he is, indeed, a “hard worker.”

According to Business Insider, Donald Trump wakes up and begins his day 5:30 in the morning. Some calls are even reportedly done as early as 6:00 a.m.

However, the reports shared that breakfast is not part of his usual morning routine. But, if he does eat, his plate would mainly have “bacon and eggs.”

It remains unclear what the U.S. President does exactly in between these hours. Nevertheless, sources from the publication claim that he generally spends his hours “tweeting” while watching Fox News.

From the White House residence to the West Wing

By 11 in the morning, Donald Trump is reportedly expected to leave the residence. He then heads toward the West Wing to officially begin his day. 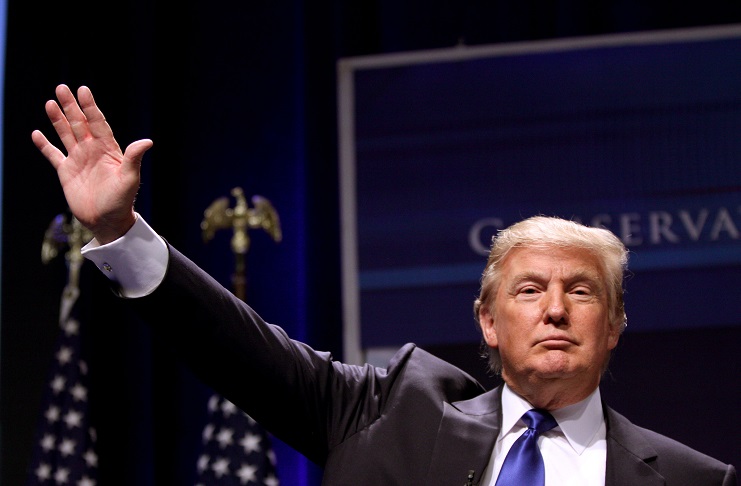 Sources shared that he “broke traditions” when he started to ignore the President’s Daily Brief. As stated, he prefers “oral briefings.”

The publication continued to share how Donald Trump likely spends his day inside the White House. As revealed, his daily schedule always includes a block of “executive time.” It reportedly lasts as long as 2 hours and 45 minutes on an average note.

No one knows what he does during these hours. But, as per claims, the whole block does not include official meetings or appearances.

This has reportedly caused suspicions among officials and the public. As it happens, 60 percent of his overall schedule falls in this “executive time” block. However, sources said that Chief of Staff John Kelly “instituted” this block after Donald Trump complained about the lack of time to think.

Dinner inside the White House

“Unlike the Obamas,” several claims revealed that the incumbent U.S. President rarely dines out of the White House. For lunch and dinner, he reportedly invites whoever he chooses to join him. He also reportedly favors well-done steaks, meatloaf, and diet coke.

It remains unknown what time Donald Trump sleeps. But, reports shared that he sleeps “only three to four hours” every night. He also reportedly deemed it as a “success tactic.”