John Legend recently spoke out against Donald Trump for his efforts amid the pandemic crisis.

Donald Trump has received overflowing criticisms and objections from the public these past few months. Amid the pandemic crisis, which has seemingly tested the leadership of every government official in the United States, both ordinary citizens and celebrities have spoken out against the Trump administration for their response to the crisis.

While some of the criticisms thrown over to the U.S. leader are no longer new, John Legend’s recent jibe at the incumbent President has caught the attention of many. In his latest interview, he deemed Donald Trump as an “idiot” and “incompetent.”

It has already become common knowledge that the Academy Award winner, John Legend is not a huge fan of the U.S. President. Alongside his wife, Chrissy Teigen, he has repeatedly slammed Donald Trump ever since his arrival inside the White House.

As per MEA World Wide, the singer and producer had a telephone interview earlier this month with GQ. While the subject of the conversation had a wide scope, including his upcoming album, Bigger Love, he also touched on several important matters. This reportedly included the pandemic crisis in the United States, as well as Trump and the White House’s response.

“We elected this idiot” 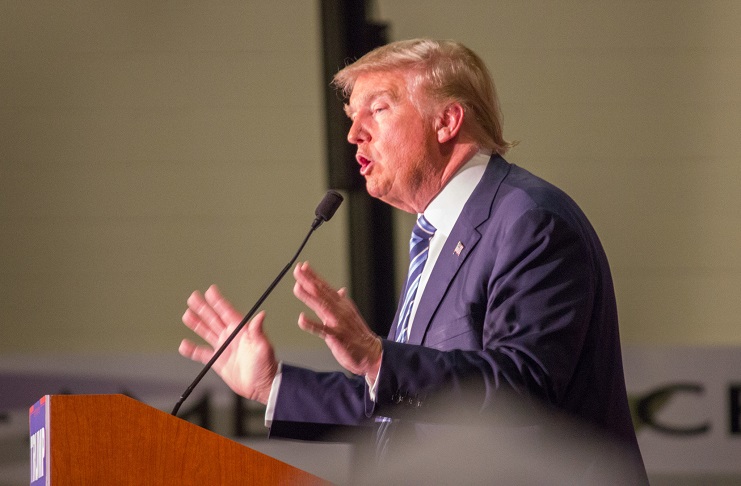 During the interview, the ten-time Grammy winner shared his thoughts about Donald Trump’s take on “injecting disinfectants” to cure the novel coronavirus. The singer responded and deemed it “ridiculous.”

“We elected this idiot” to become the United States President, and you cannot believe “it’s real.” John Legend then stated that the President’s statements and thoughts are “ridiculously dumb.” It is also “selfish and narcissistic” at the same time.

The singer continued to describe Donald Trump and his efforts in the fight against COVID-19. He said that Donald Trump is a “short-term thinker.”

He does not think of ways how to “handle big, complex problems,” the singer said.

Because of these descriptions, John Legend concluded that the incumbent U.S. President is the “exact opposite” of what the country needs in this time of crisis. He also went on to claim that this is the reason why the United States has the “highest death rate” across the globe.

To date, the country has over 1.2 million cases of COVID-19. As for the total death count, it has now reached a total of 76,928, according to Worldometer.