Protests against the lockdown guidelines in the United States have earned Donald Trump’s support. This comes after the demonstrators believe that the country’s shutdown has already been “taken too far.”

On Sunday’s White House briefing, the U.S. President stated that the American public wants to return to their lives. This has seemingly confirmed his support toward the demonstrators across the country despite the groups’ violations over the social distancing guidelines.

According to Metro UK, Donald Trump also mentioned that they are “allowed to protest,” especially if that is the way they feel. He also continued to assert that some State Governors “went too far,” which confirms that he is agreeing to what the protestors are claiming.

However, when asked if he is “inciting violence,” he did not respond directly to the question. Instead, the President said that these individuals, referring to the protestors, “love [the] country” and “they want to get back to work.”

Protests amid COVID-19 in the United States

The same publication stated that the majority of the demonstrators across the U.S. have “attracted” a “strong showing” of Donald Trump’s supporters. Most of the participants were said to have worn clothing and apparel with the popular slogan, “Make America Great Again.” 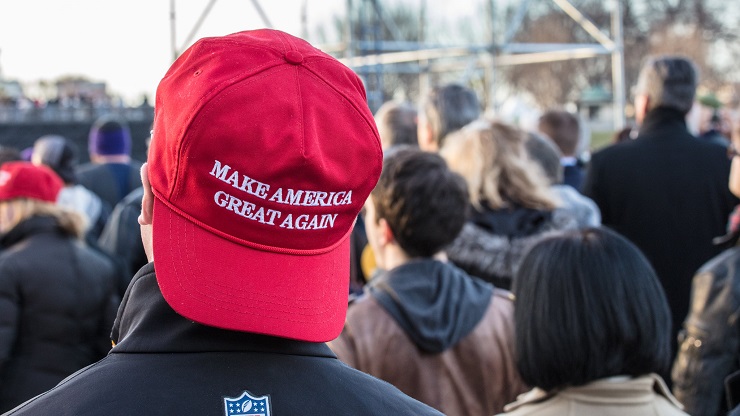 The premise of their demonstrations is reportedly about the strict social distancing guidelines in some states that are not seriously affected by COVID-19, unlike New York. It was also noted that the shutdowns in these areas have already harmed businesses and other transactions.

But, unlike the U.S. President, health and other government officials “warned” that mass gatherings like this amid the pandemic crisis may turn the unaffected areas into a huge “coronavirus hotspots.”

Alongside the warnings, several State Governors across the country were said to have criticized Donald Trump after witnessing his response of support toward the demonstrators. Reports also noted that these officials deemed the President’s response as “dangerous.”

In an interview with ABC’s This Week, Washington Governor Jay Inslee said that it is “insubordination” as the President seemingly encourages “illegal activity.” He also went on to emphasize that Trump’s “outburst on social media” may inspire the public to ignore the warnings that “can save their lives.”

COVID-19 status in the United States

The United States has incurred more than 790,000 cases of the COVID-19, with a total of 42,518 deaths. While the numbers continue to rise, Donald Trump said that the country has already “passed the peak.”