Donald Trump will receive daily testing after one of the West Wing’s valets tested positive for coronavirus.

Donald Trump has remained in good health amid the COVID-19 crisis in the United States. However, recent news alarmed the public, especially fans and supporters, as one of the West Wing’s valets reportedly tested positive for the novel coronavirus.

The U.S. leader has since tested negative for the virus. But, he will reportedly continue to receive daily testing.

On Tuesday, one of Donald Trump’s valets began exhibiting symptoms of COVID-19. The Navy valet has remained unidentified, though, according to Daily Mail.

As stated, he is part of the White House Military Office. This is reportedly an “elite group of officers” working mainly at 1600 Pennsylvania Avenue.

The Navy valet, who tested positive for the virus, was reportedly in “regular contact” with the United States President. Experts explained that some of the valets’ duties include serving meals, preparing wardrobe, and assisting travels for Donald Trump.

Despite this, however, the American leader initially stated that he has had “very little contact” to the Navy valet. But, on Friday, he confirmed that he was in the same room with him on Tuesday, as per USA Today. 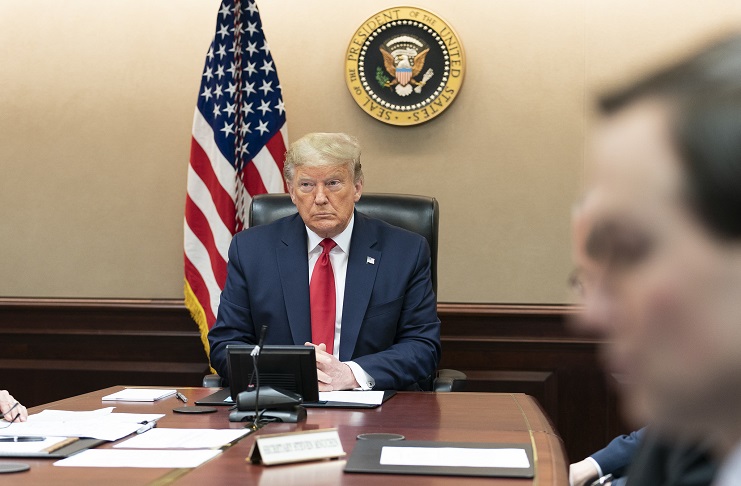 The U.S. President will not reportedly observe quarantine. He said that he is “essential,” which makes him “exempted” from doing it.

Centers for Disease Control and Prevention earlier recommends the 14-day quarantine if an individual “came into contact” with someone who contracted the virus. But, this exempts “essential workers,” Vice President Mike Pence said.

While Donald Trump will not undergo a two-week quarantine, the testing will still proceed. The same is also reportedly true for his immediate family, Melania Trump and Barron Trump.

Donald Trump revealed that Melania Trump and Barron Trump are “in good shape.” Even so, they will also receive the same daily tests in the next few days.

But, officials have reportedly argued that the First Lady has implemented “strong rules,” especially in the Residence and the East Wing. While the staff at Melania’s office are currently “teleworking,” the number of people working at the Residence was cut back, Stephanie Grisham told the Daily Mail.

In the West Wing, however, Donald Trump and his aides have reportedly faced challenges in wearing masks, as well as maintaining the social distancing guidelines.