According to John Bolton’s unpublished book, U.S. President Donald Trump told the Treasury secretary to crack down on Bitcoin.

The book in question is “The Room Where It Happened,” which is currently having its upcoming release litigated over potential national security details.

Bolton says Donald Trump told Treasury Secretary Steven Mnuchin to “go after Bitcoin [for fraud]” in a conversation in May 2018.

Later that month, on May 24, the U.S. Justice Department did start an investigation into illegal cryptocurrency trading. The goal was to see if “traders are manipulating the price of Bitcoin and other digital currencies.”

However, it should be noted that Mnuchin had already gone after Bitcoin before the alleged conversation with Donald Trump.

On May 24, 2018, Mnuchin told the Economic Club of Washington that the U.S. government, along with other G-20 members, wants to ensure that “bad people cannot use these currencies [crypto] to do bad things.” He added that such governments don’t want cryptocurrencies to “become the Swiss numbered bank accounts” of this age. 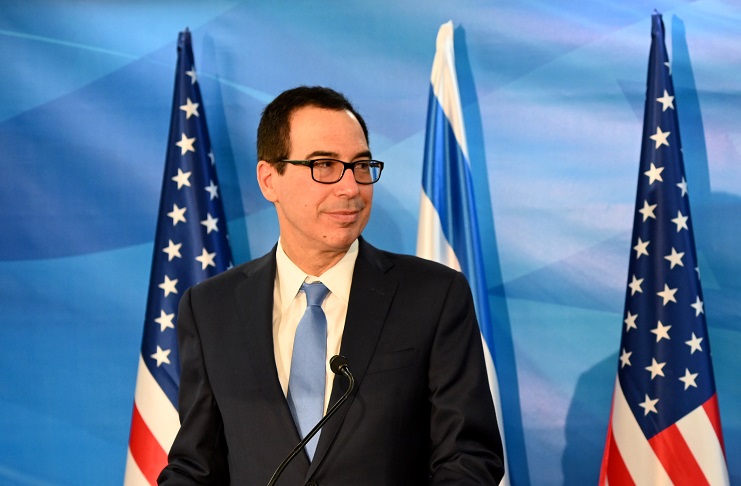 Donald Trump not a fan of Bitcoin

President Trump has made his disdain of Bitcoin and other cryptocurrencies evident. Back in July 2019, he tweeted:

“I am not a fan of Bitcoin and other Cryptocurrencies, which are not money, and whose value is highly volatile and based on thin air. Unregulated Crypto Assets can facilitate unlawful behavior, including drug trade and other illegal activity.”

Such an attitude is not surprising. Older members of the financial community, such as Warren Buffett, are not fans of this latest technology as well.

John Bolton was the National Security Advisor to President Trump from March 2018 through September 2019. It appears that discord grew between the two, with Bolton being more hard-line and hawkish in international affairs while Trump sought more non-military means to put pressure on hostile foreign governments.

Another bone of contention was the 2003 invasion of Iraq by the administration of George W. Bush, a move championed by Bolton but not so by Trump.

As for Bitcoin and other virtual currencies, Mnuchin does subscribe to the views of Donald Trump. He told CNBC in July 2019, “I want to be careful that anybody who’s using bitcoin — regardless of what the price is — is using it for proper purposes and not illicit purposes. And there are billions of dollars of transactions going on in bitcoin and other cryptocurrencies for illicit purposes.”

During the CNBC interview, Mnuchin was pressed about the U.S. dollar being used for illicit activities. He responded, “I don’t think that’s accurate at all, that cash is laundered all the time. We combat bad actors in the U.S. dollar every day to protect the U.S. financial system.”