As Donald Trump toured around a mask factory in Arizona, the Guns ‘N Roses cover played in the background.

Donald Trump has continued his decision not to wear a mask or any mouth covering amid the COVID-19 crisis. Reports noted that, despite the advice of health officials to wear masks, the U.S. President never does.

While this has intrigued many people, Trump’s recent movements have become a lot more interesting. As it happened, his visit to a mask facility earlier this week became a talk of the town when “Live and Let Die” played out loud as he toured around.

In the last two months, Donald Trump has never flown out of the White House. But, on Tuesday, the U.S. leader went to Arizona to visit the Arizona facility, where he toured around to see the facility’s mask manufacturing and production.

The POTUS sported a pair of protective eyewear but not a mask during the tour, according to Business Insider. As stated, he went against the recommendations of the Center for Disease Control and Prevention.

Although it was altogether ironic and iconic, the combination of the song and Trump going “maskless” caught the attention of the many. 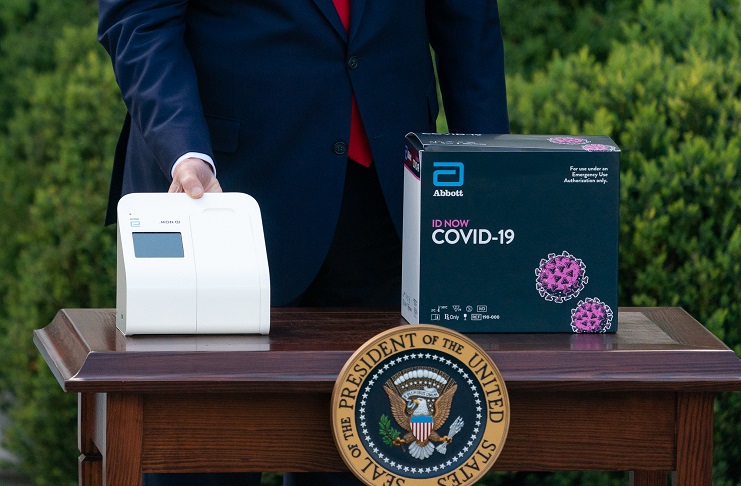 The president, reportedly, engaged with several employees during the said tour. The Guardian even shared a video showing Donald Trump talking to some of the employees asking about the masks.

As he continued with his questions regarding the production and manufacturing, the publication said that his “movie moment” followed. Based on the video, the factory has appeared to blast the classic “Live and Let Die” track, covered by Guns ‘N Roses.

While the volume was seemingly too loud that their conversations were no longer audible, the United States leader did not mind at all. Regardless, this moment has become a very trendy topic among watchers and followers.

Several individuals, including celebrities, reportedly took the time to share their thoughts on social media platforms. As asserted, many of them “could not help” but notice the “metaphor” in Donald Trump’s moment.

Jimmy Kimmel said in his post that he could not think of “no better metaphor” for this “presidency” than this moment. Several netizens jumped on his post and agreed to his statement. Others, however, pointed out that they have found the “appropriate slogan” for the President, thanks to the track, “Live and Let Die.”

Meanwhile, it has remained unknown whether the employees from the facility planned to play the track while Donald Trump makes his tour. Also, camps of both the facility and Guns ‘N Roses have reportedly remained silent about the matter.