Video game developer id Software has updated Doom Eternal’s Battlemode, which can now be played on the PlayStation 4 and Xbox One consoles.

Battlemode is Doom Eternal‘s popular multiplayer game mode pitting players against each other.

id Software recently released the new update to balance out the disadvantages that PlayStation 4 and Xbox One players faced when going up against gamers playing on PC.

According to a note the developers left along with the update’s patch notes, they found that “Slayers on console are at a slight disadvantage due to the lower overall DPS output possible on a controller.”

“Against the best teams, Slayers were finding it difficult to do enough damage in the small windows the current balance on demons and their abilities were providing. It is our hope that this patch will bring the challenge for Console-Slayers more within reach and the overall feel of the match will be more consistent now between all platforms.”

The patch notes included updates to the following:

The developers also pointed out a known issue on consoles where the amount of healing done by the “Team Heal” ability is inconsistent with the figures shown on its description.

“Team Heal” heals both demon players for 25% of their total health, whereas its description shows that the player gets a 50% heal when the ability is used. 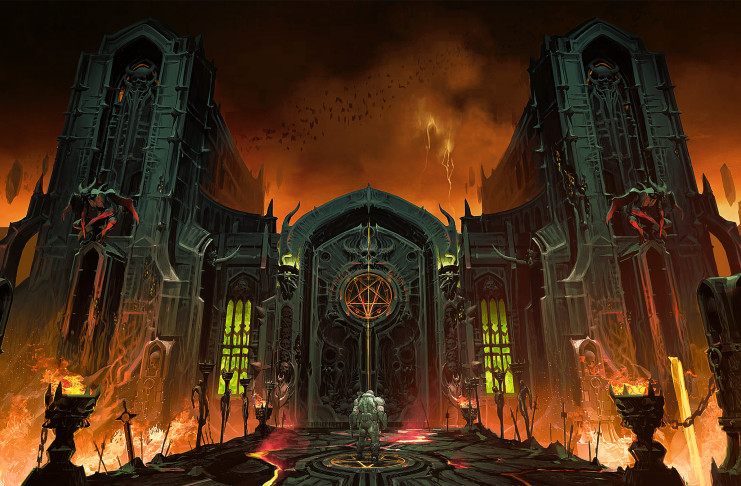 Battlemode is Doom Eternal’s two versus one competitive multiplayer experience. In this mode, one player controls the Doom Slayer fully equipped with all the bells and whistles the player comes across during the single-player campaign.

The two other players get to choose from a variety of demons each with their own abilities, strengths, and weaknesses.

For each round, the Doom Slayer has to kill both player-controlled demons before their 20-second re-spawn timer is up. The demons, on the other, simply need to take down the Doom Slayer.

This, however, is easier said than done since the Doom Slayer gets all the weapons from the campaign including the chainsaw, flame belch, and a full load out.

The demons will have to work together and come up with the an effective strategy if they are to even stand a chance at eliminating the Doom Slayer.