The year-long wait is over. Valve officially announces that the Dota 2 Battle Pass is launching tomorrow.

Gamers can purchase the Battle Pass for TI10 tomorrow. The Dota 2 Battle Pass will be available on the Steam store by midnight on May 26.

Battle Pass for Dota 2 is famous among gamers because of the wide selection of unique features that the players can enjoy, such as exclusive cosmetics for heroes, revamped terrains, chat wheel sounds, extra game modes, new quests, and a lot more. 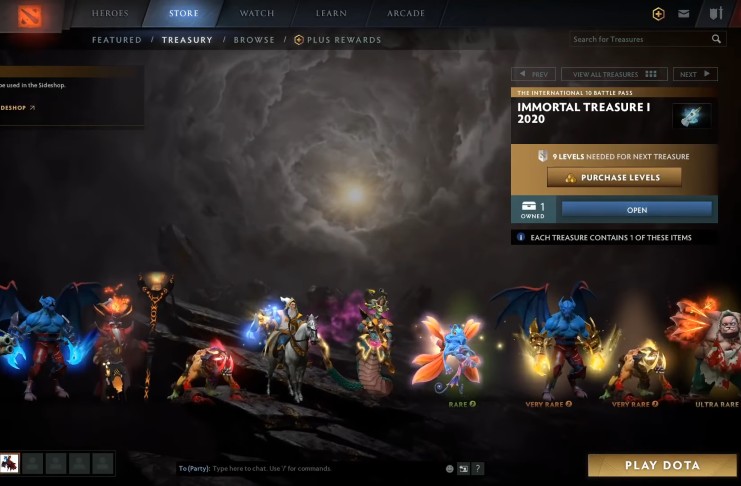 The first TI Battle Pass made its debut way back on May 16, 2016. The following three were released on the 4th, 8th, and 7th of May, respectively.

The TI10 Battle Pass will last for the same amount of time as previous passes. The delay is due to the coronavirus pandemic, forcing the workers of Valve to continue developing it at home.

One of the legendary players, Universe, retired earlier this year. As the new Battle Pass approaches, the pro-gaming scene will never be the same again without the best offlaner.

Meanwhile, Dota 2 fans are eagerly looking forward to spending their hard-earned money on the new sets of features that the Battle Pass will offer this time.

As eager as they may, some Dota 2 fans got disappointed now that the TI10 will be moved to 2021.

The prize pool of the delayed The International will increase. Valve will crowd-fund the pool prize from 25% of the BP sales. Fans are now eager to find out if the pattern remains, but a lot of them debunked, saying that the gradual fall of player counts will be most likely to affect the pool prize.

Dota 2 team is still trying to decide if the seasonal resets are still “productive,” calling out the community’s feedback to come up with a decision. Valve isn’t the best when it comes to keeping up with their timelines. Some of their listed occasions are delayed due to several reasons. However, it doesn’t keep the fans from preparing themselves for the new set of game models and immortals that’s about to come.

Things are a lot different this year for Battle Pass, mainly because of the pandemic and the decreasing number of players. The TI10 won’t be around until next year, and the competitive season is at stand-still.

However, Valve promised to give the players the satisfaction of creating new quests, achievement, and rewards for anyone who purchases the Dota 2 BP. Last year there was around 2,000 levels worth of prizes, so players can expect a similar quantity of content for what’s launching soon.