Home Gaming ‘DOTA 2’ tips and tricks: Core heroes that are crucial to winning

The key to getting a higher win rate in DOTA 2 is by having an excellent team position. Aside from good support, the team will also need an excellent core hero to carry the game until the end.

Core heroes are also called carries. The victory of the team relies heavily on how well these heroes perform in the end. In DOTA 2, there are many heroes to choose from, but we’ve narrowed down the list to the best of the best. 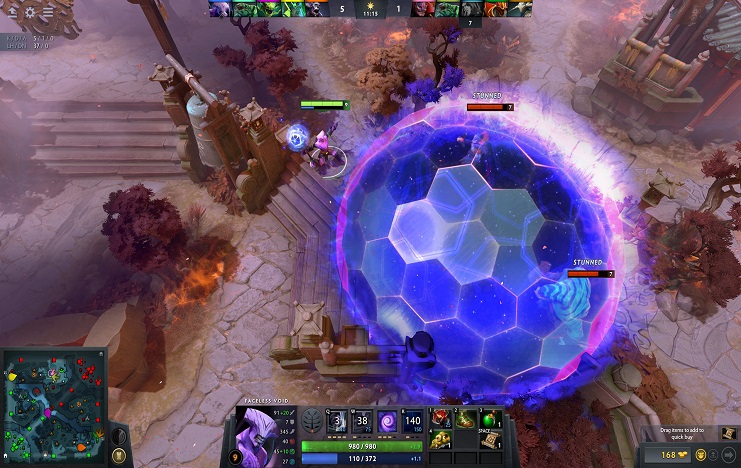 Anti-Mage is a common pick during pro matches. This is simply because he can negate the skill of heavy heroes on the map by draining them of their mana. If players are able to increase the attack speed of the Anti-Mage, then he can render any mage useless, which is a must for clashes.

When using Anti-Mage, players should focus on attacking and harassing skill-reliant heroes on the lane. Since he has the Blink ability, he can go in and out of trouble pretty quickly.

When it comes to tanking, Dragon Knight is arguably the sturdiest core hero in DOTA 2. In the late stages of the game, the enemy team will have to exert a lot of effort to take Dragon Knight down, and during that time, the player’s allies have already dealt significant damage to the enemy.

However, Dragon Knight suffers from poor damage and harassing abilities in the early game. As such, it’s crucial for him to be accompanied by good support in his lane.

Phantom Lancer is a core hero that will have a difficult time early in the game due to his vulnerability and low HP. While he does have abilities that can harass enemies, players should go off-lane and focus on farming neutral creeps early on. Even if he does get in trouble, Phantom Lancer can get away using his abilities and images.

If players are able to farm well with Phantom Lancer, he can literally take out an entire team as his kit is focused on creating images of himself that deal great damage. In team fights, Phantom Lancer’s abilities truly take a shine as he outnumbers the enemies quickly.

These core heroes in DOTA 2 have high pick rates in both the competitive and casual scene. Of course, these core heroes are going to be even stronger if they are accompanied and helped by the other players on the team.