In an effort to stimulate the economy, the Federal Reserve recently decided to cut interest rates to zero percent. Furthermore, the U.S. is working on a stimulus package worth almost US$1 trillion [AU$1.7 trillion] in order to put the markets back on track.

Despite efforts to stimulate the economy, the Dow Jones Index continues to drop as low as almost 30% from the mid of February as fear of the coronavirus (COVID-19) pandemic continues.

It has been a roller-coaster week for the Dow Jones, as it tries to regain ground after recording its worst drop since the 1987 Black Monday crash. A second emergency rate cut has been implemented by the Fed as well, in hopes of boosting the housing market. 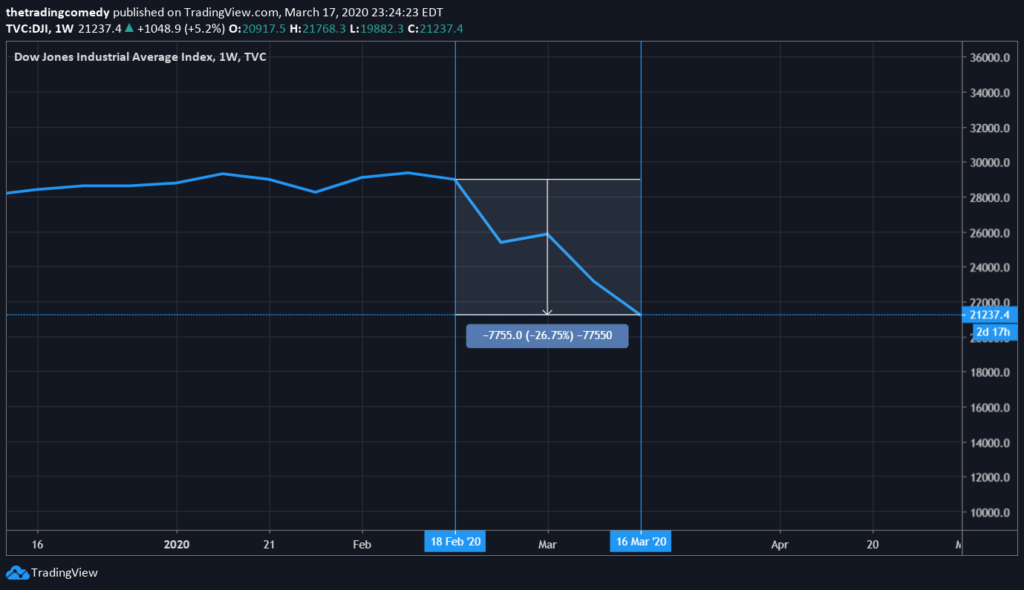 The impact of mortgages with the 0% interest rate

According to CNN, the mortgage interest rate will most likely not go to zero percent. Greg McBride, chief financial analyst at Bankrate, noted:

“Even the government can’t borrow at zero percent […] The most creditworthy consumer carries a higher risk than the US Treasury, so you are going to pay at least a couple percentage points more than that.”

However, since the mortgage interest rates are at a historic low, it may attract buyers to the housing market. On the other hand, even with the low interest rates, people might be reluctant to spend because of social distancing and the resulting job losses and being felt around the world amid the ongoing coronavirus pandemic.

The market rebound but futures dropped

Yesterday, the index bounced back 1,049 points or 5.20% following the fiscal stimulus package proposed by the Trump administration. 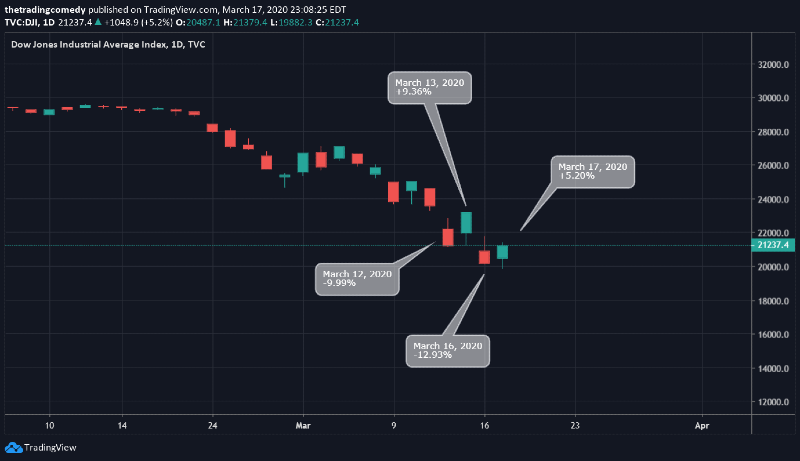 However, futures nearly dropped 500 points in overnight trading last March 17 as part of the government’s response to the pandemic.

The package is estimated to be worth around $850 billion to $1 trillion in an effort to fight the economic pressure brought by the current health crisis.

It is aimed to assist small businesses with an estimate of $200 to $300 billion, and also includes a relief fund worth $50 to $100 billion for airlines and other industries. The remaining estimated $250 billion would involve direct payments to Americans.

Last March 11, Donald Trump imposed a travel ban on European countries, and this package may save thousands of jobs, especially in the airline industry. The administration expressed their support through this stimulus package.

In addition, U.S. Treasury Secretary Steven Mnuchin warns that if Congress does not enact the stimulus package, unemployment might hit 20%. 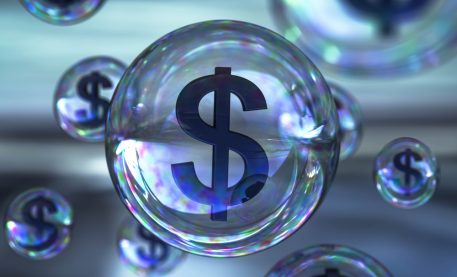 US recession may be just around the corner

Despite the recent almost 30% month-to-date drop in the Dow Jones Index, the U.S. government is trying its best to put the economy back on track.

However, some experts don’t agree that the crisis will be over soon.

DoubleLine Capital CEO Jeffrey Gundlach said that there’s an 80% to 90% chance that the United States will enter a recession before the year is over. He also criticized Secretary Mnuchin for saying that he wasn’t sure that the U.S. would go to a recession despite the government’s efforts of boosting the economy.

However, in an interview with CNN last March 13, former director of the United States National Economic Council Gary Cohn claimed that the U.S. is already in recession. Other business experts also agree.

Let’s see how the Dow Jones will further react in the last days of the week if it can mount an epic comeback or a continuing downfall.

Khloe Kardashian now ‘in control’, thanks to her fitness journey

7 questions answered on how to socialise safely as coronavirus restrictions...

CRYPTOPIA CASUALTIES: The people stung by a trail of debt