In a wild session last April 23, the Dow Jones closed 39.44 points despite rallying 400 points within the day.

Earlier this week, oil went into an emotional roller coaster as its May futures contract went as low as negative, resulting in oil prices to drop significantly.

Aside from oil, the Dow Jones also had a roller-coaster trading session as mixed sentiments from different analysts because of the jobless claims reports as well as the updated drug trial from remdesivir. 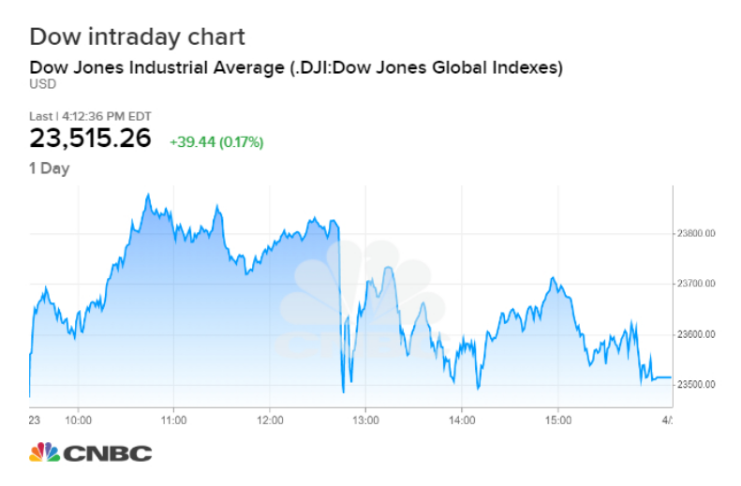 “The resulting price action is highly damaging for many oil producers, and certainly implies a sharp fallback in US shale fracking, contributing to much weaker US exports and capex later this year.”

West Texas Intermediate (WTI) futures for June delivery are holding at above US $17 [AU $27] per barrel as traders increased bets on U.S. production cuts after bouncing from lows at around $6 to $7 mid-week. 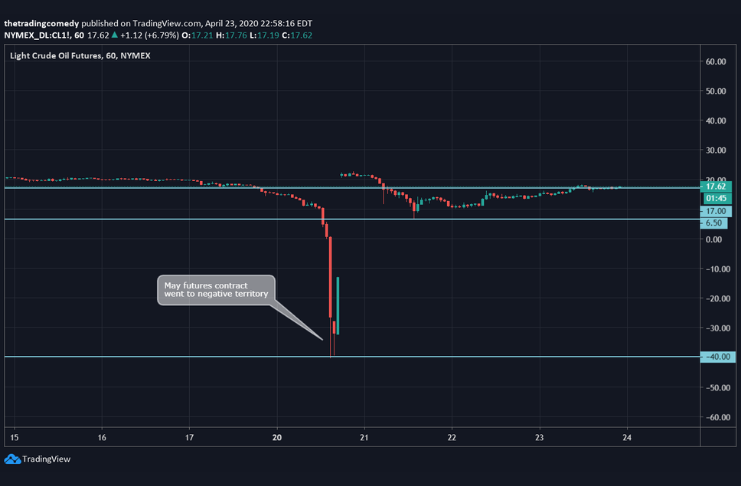 Oil prices also went sharply year to date despite their strong rally the past two days.

Oil’s volatility helped equities recover back some of their steep losses earlier in the week. Both the S&P 500 and Dow dropped more than four percent this week before rallying around two percent last April 22.

However, oil’s rebound was not enough for Dow Jones to push its rally as the recent U.S. jobless claims report over 4.4 million, totaling to 26 million for the past five weeks.

The five-week total has also surpassed all of the job gains since the Great Recession. 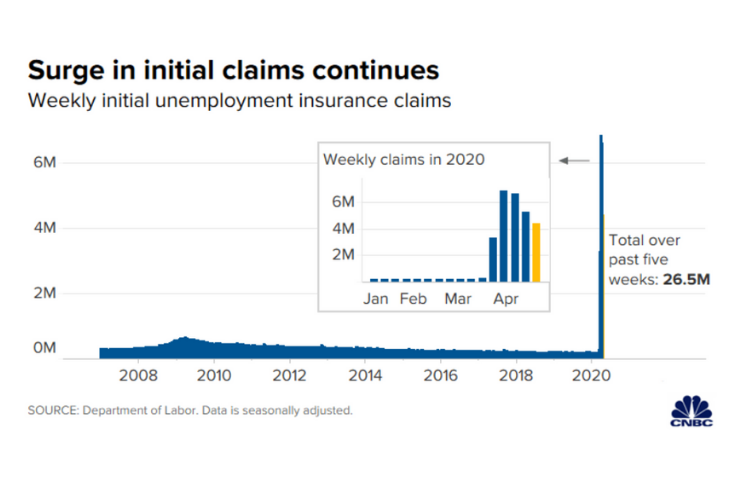 However due to “low enrollment,” the study was terminated as the results are inconclusive. Equities tried to bounce on the back of Gilead’s statement before closing along the Dow Jones flatline but Gilead Sciences shares closed 4.3% lower.

Jim Cramer, the host of CNBC’s Mad Money, is still hopeful that remdesivir might help in combating COVID-19 as he said in a tweet:

I say wait until the American studies come out. University of Chicago study is a lot more rigorous . I would stick with that. You don’t have to believe it..But this is the third time the Chinese have said the drug doesn’t work

A Chinese drug trial reported by STAT News also shows the ineffectiveness of remdesivir. The summary of the study results was also inadvertently posted by the World Health Organization (WHO) on April 23, but immediately got taken down.

WHO has been receiving criticisms lately on its measures on handling the coronavirus especially with its mutual connections with China.