Stock futures soared in off-hours trading as investors await on the re-opening of the U.S. economy. The airline sell-offs were cushioned with technology stock boosts.

The Dow Jones futures climbed over 200 points along with S&P 500 and Nasdaq futures also pointing to positive territory as well.

If yesterday investors were doubtful in the re-opening of the U.S. economy, it seems that the tables have turned, for now.

The overnight moves on Wall Street had modest gains with the U.S. technology companies including Microsoft, Apple, Amazon, and Netflix lifting the broad market out of the negative territory. The S&P 500 closed the session above 0.4%, while the Nasdaq went a little over 1.2%.

“This concentration raises concerns about the rally’s long-term health and durability as it suggests that ample liquidity, rather than broadly improving fundamentals, may be fueling it.”

After the futures drop yesterday, a report from Warren Buffett along with others mentioned during the Berkshire shareholders meeting that they have dumped all of their airline stocks and look for opportunities elsewhere.

Berkshire’s move may have been one of the catalysts that made the Dow Jones rally weak, despite the positive cushioning received from the technology stocks.

However, despite the firm’s announcement, retailers continued on buying airline stocks to further cushion the negative sentiments the sector currently has. 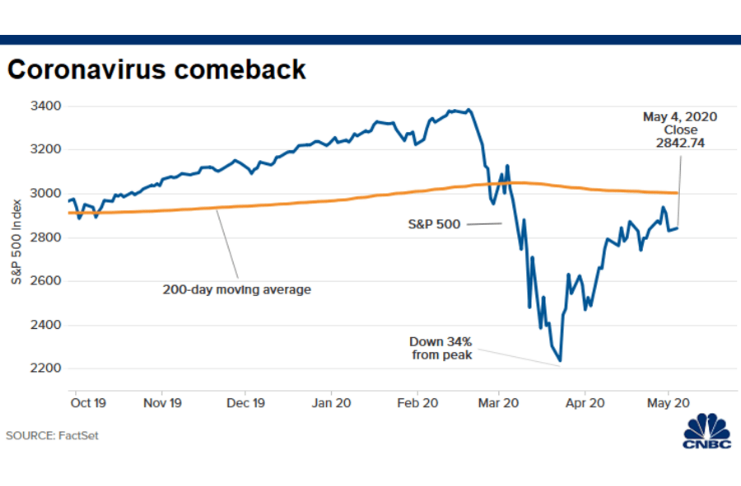 Cramer: Wall Street is ‘in denial’

Cramer warned his viewers that Warren Buffet’s airline dump may have exposed the S&P 500’s weakness in the markets. He recommends “selling some position” in the S&P 500 index if the upward rally continues despite Buffett’s advice to buy an index fund.

He has also been a solid advocate for stock picking over index investing in this uncertain market as the host warns its viewers that a basket of stocks — such as the S&P 500, which is a representation of the largest traded companies — forces investors to take the high-performing holdings with the laggards.

Investors may need to be cautious about the Dow Jones this week after the big moves done by Warren Buffett.