The Dow Jones managed to rally yesterday closing above 350 points. However, futures pulled back to more than 100 points as Wall Street takes a breather in anticipation of this week’s jobless claims.

This week, the Dow Jones broke its three-day rally after experts criticized the data released from Moderna’s initial vaccine trial causing the markets to shake. In addition, Jim Cramer’s analysis consultation with the “Fibonacci Queen” might materialize sooner than we think. 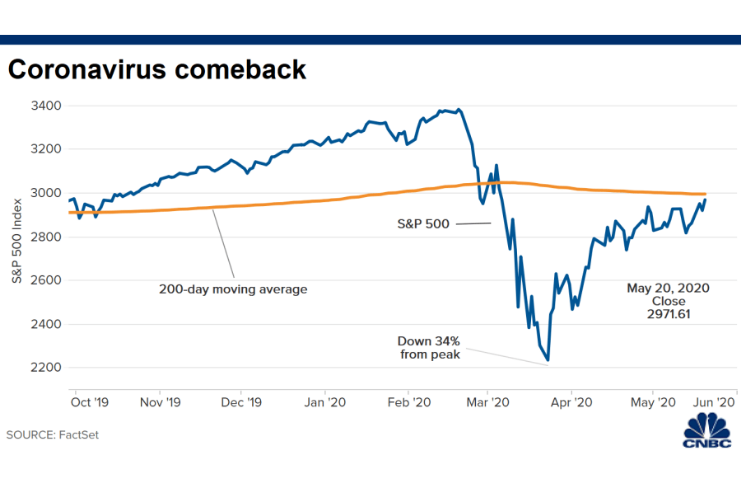 U.S. blue chips save the week

The optimistic rally from the Dow Jones mid-week was an influence of the rise of big names such as Apple, Disney, and McDonald’s, adding 30 points to the blue-chip index.

However, the spotlight was more focused on the latter for this week as Mark Zuckerberg announced the launch of Facebook shops to help businesses around the world amid the coronavirus pandemic.

This announcement also attracted a couple of big names like Morgan Stanley as well as Deutsche Bank, acknowledging that Facebook can be a competitor to Amazon and Google Shops from a financial standpoint. 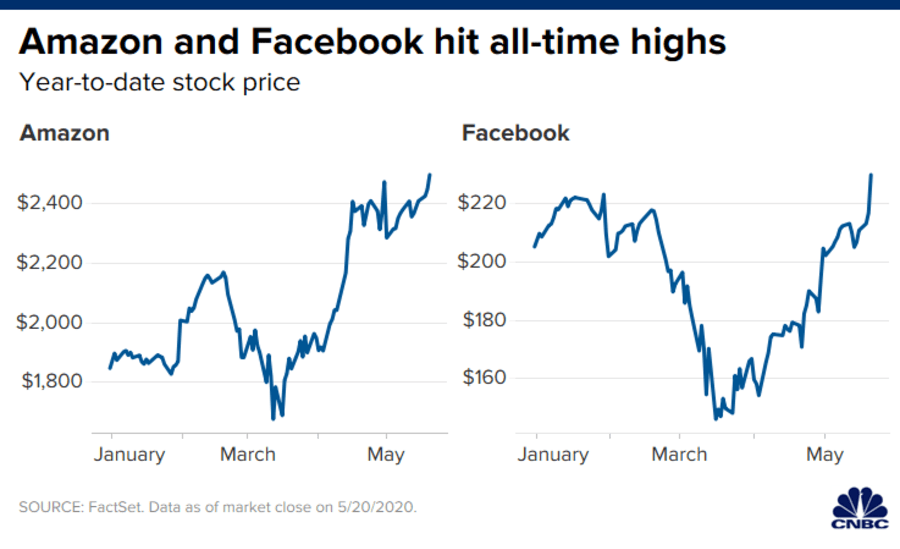 Last week, the U.S. jobless claims reported over 2.9 million. The consensus for this week is expecting another wave of over 2 million Americans filing for unemployment. This may have caused the Dow Jones and the rest of Wall Street to be currently cautious with the situation.

The majority of investors think that the partial reopening of states may have helped in boosting the markets as well as state efforts to ease stay-at-home orders.

This week, LPL Research wrote a note to its investors saying that the market has taken a positive rally due to the vaccine headlines welcoming a more optimistic economic reopening as the note adds:

“The incredible rally off the March 23 lows continues for equities, with the S&P 500 Index now up more than 32% in 40 trading days.”

There have also been reports that the CDC has been subtly releasing its detailed guidelines for reopening the U.S. states. This month, the Trump administration scrapped their guidance and now America is trying its best to put their businesses back on track.

The 60-page document gives a “three-phased approach” for lessening social distancing and proposes the use of six “gating” indicators to assess when to proceed through another phase.

Once the jobless claims are released this week and the effect of the new CDC guidelines, we shall see its effects on the Dow Jones and the rest of Wall Street.