The Dow Jones futures received an opening gain of around 134 points during its overnight trading session. This is in conjunction with Wall Street’s consecutive rallies last week in hopes of reopening the economy.

The S&P 500 grew more than 1% last week while investors remained indifferent to the recent jobless claims data and are still focusing on economic reopening.

Regarding market observations in the next couple of weeks, Adam Crisafulli, the founder of Vital Knowledge, said in a note to its clients:

“The world very much remains on the path to reopening, a process that will accelerate over the coming weeks […] There will be a reckoning around the reopening and linearity narratives.”

In other developments, Google also announced that they will bring back a small percentage of its employees to the office. Other countries were also planning to get their businesses open over the weekend.

New York to extend lockdown as second wave is expected

In a phone interview in CNBC’s Trading Nation, Mark Zandi of Moody’s Analytics gravely warns the investing public about reopening economies quickly. If the second wave of coronavirus is found in the U.S., an economic depression might be just around the corner.

Over 20.5 million jobs were already lost in April, hitting worst records in unemployment as the rate soars to 14.7%. In reaction to the recent jobs report, the Dow Jones, along with the other U.S. markets, still rose.

New York Gov. Andrew Cuomo recently signed an executive order extending its lockdown measures after reports came in that the number of new COVID-19 hospitalizations returned to where it was last March.

However, he is looking into New York’s regions if it is feasible to reopen its economy trying to save the Dow Jones along with Wall Street. 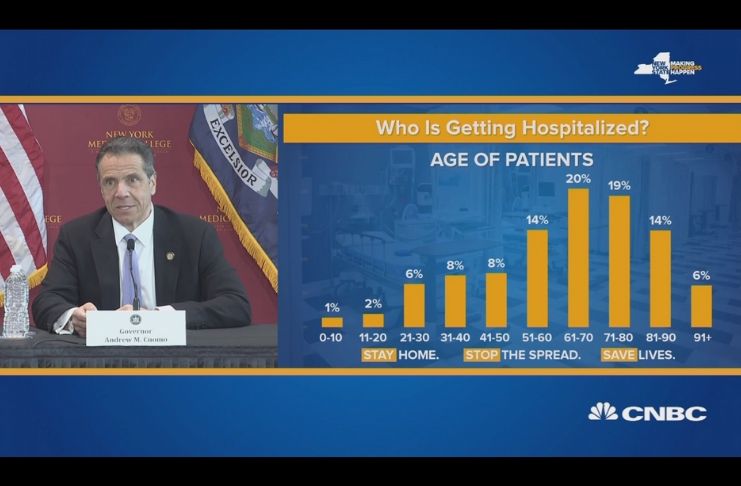 As the Dow Jones tries another ambitious rally for the week amid the coronavirus crisis that is happening around them, European countries are also planning to reopen its economies.

As per the Agence France-Presse (AFP), Spain and France are planning to reopen its doors as soon as possible while the U.K. plans to extend its national lockdown until June 1 amid fears of an incoming second wave.

Germany showed its uncertainty of reopening its economy after reporting that one of its districts was forced to reimpose restrictions after an outbreak at a meat processing plant.

To make matters worse for the world, recent reports also came in that a resurgence of the coronavirus has spawned in South Korea after being praised for properly containing its spread.

Dow Jones might need to wake up that a cure is what the world needs right now and the global economy alone cannot save us from the coronavirus pandemic.