The Dow Jones soared to close the trading week along with the S&P 500 as well as Nasdaq. The positive market sentiment came as the U.S. employment surprisingly recovered to record levels.

It has been another glorious week at Wall Street as the Dow Jones shined amid results coming from job reports. The Dow Jones Industrial Average rose to 829.16 points or 3.1% to close the trading week. The S&P 500 followed suit with a close at 3,193.93, which gained 2.6%. 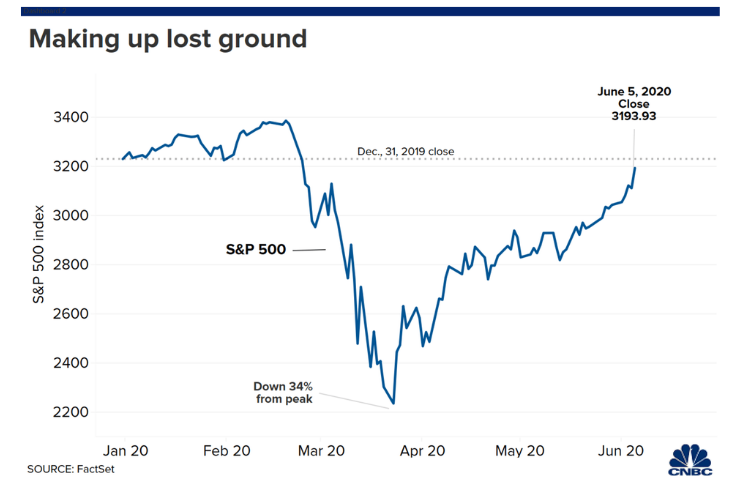 The end of week gains placed the S&P 500 up more than 45% from a March 23 intraday low and less than six percent from its February 19 record.

This could be the sign of hope that investors and traders are waiting for in anticipation of an economic recovery.

In addition to Dow Jones gains, the Nasdaq 100 has also been making noise with Genius Brands having a massive surge of over 2,000% on its stock price as their network launch draws near.

Also, this week according to a Reuters report, Warner Music was able to debut an eight percent gain in Nasdaq on its IPO day after a brief delay.

As the Dow Jones expressed a strong rally to end the week, the U.S. stocks performed exceptionally well.

However one of the experts expressed caution regarding the matter as JJ Kinahan, chief market strategist at TD Ameritrade told CNBC:

“We’re having an unbelievable day […] The one thing I’m still cautious on is this incredible optimism trade is being driven without any earnings yet to support it.”

As for the financial sector that was decimated during the pandemic, gains were also present after the released jobs report showed a quick bounce back for the economy.

May jobs report unexpectedly rose amid the pandemic

As per CNBC, U.S. employment skyrocketed by 2.5 million in May, and the jobless rate declined to 13.3%, according to recent data from the Labor Department exceeding analysts’ expectations. 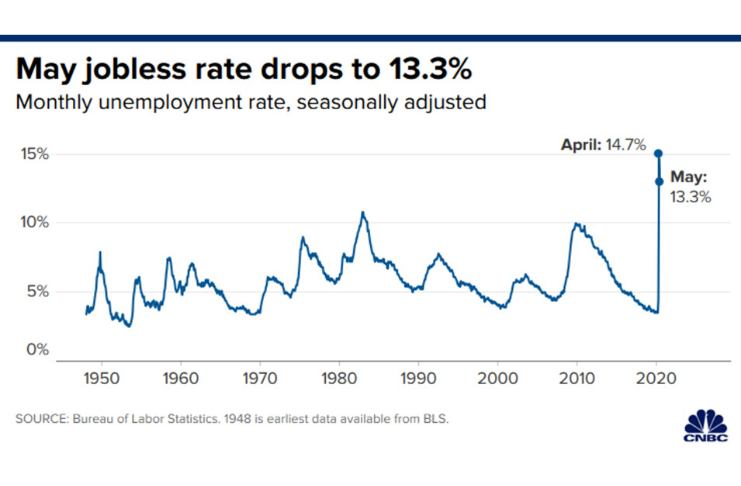 Economists polled by Dow Jones expected payrolls to plummet by 8.33 million, and the unemployment rate skyrocket to almost 20% from April’s 14.7%.

In an unexpected turn of events, May’s numbers may be a good sign for the U.S. on its road to recovery after its fastest plunge in history.

President Donald Trump also took his praises to Twitter praising Jim Cramer and the rest of CNBC for reporting that the market was right.

It’s a stupendous number. It’s joyous, let’s call it like it is. The Market was right. It’s stunning! @jimcramer @CNBC

It is a stunner by any stretch of the imagination! @CNBC

Investors shall see next week if the positive rally brought about by the Dow Jones will sustain moving forward.