According to the American gaming company, the source code for both games will be made available together with the launch of Command and Conquer Remastered Collection this coming June 5.

For those not in the know, the Remastered Collection will come with remastered versions of Tiberian Dawn and Red Alert.

EA made the announcement of the source code release through its official website, while also sharing the news through Reddit.

The official Twitter page of Command and Conquer also tweeted about this latest development.

Your game, your rules. Learn more about the modding support coming to the Command and Conquer Remastered Collection: https://t.co/uTQt2Ct8x1 pic.twitter.com/lACCJyxhVV

Why open sourcing the code matters

By choosing to release the source code of its Tiberian Dawn and Red Alert titles, Command and Conquer now has the distinction of being one of the very few RTS franchises out there that are opening their code to the gamers themselves.

Open sourcing the code carries lots of advantages for players. For one, the users will now have access to coding that will allow them to come up with all sorts of mods.

Basically, the sky is the limit. As noted by Jim Vessella, the producer of Command and Conquer Remastered Collection, the freely accessible DLLs (dynamic link libraries) will essentially give players the tools they need to create their own maps, make their own custom units, modify the art, adjust the logic of the gameplay, and even manipulate data. 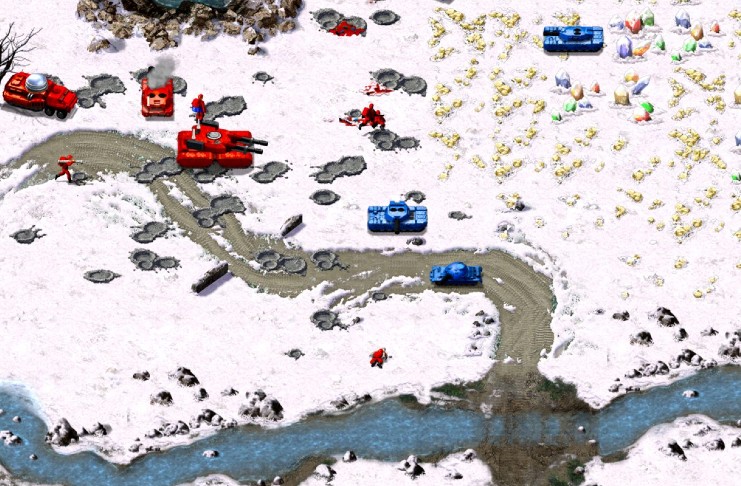 Vessella also pointed out that gamers can take full advantage of mods and custom maps whether they’re on Steam or using the Origin game launcher from EA.

He clarified though that utilizing the custom assets may vary a bit for each platform. For instance on Steam, EA will distribute maps and mods via Steam workshop.

Meanwhile, those who are on Origin will be able to access maps in-game, but they will have to incorporate the mods themselves.

The world of gaming has gone a long way since the 1990s, but it can be argued that the industry wouldn’t be as thriving as it is today without the early games that paved the way for future generations. One such example is the Command and Conquer series.

As far as RTS games are concerned, Command and Conquer’s legacy is already secure. Indeed, the franchise is widely considered by game enthusiasts as one of the pioneers of the strategy genre.

To simply put it, Age of Empires would not exist today if not for Command and Conquer.

So it’s sort of fitting that the influential game is now getting its own remastered version. This time around, the Command and Conquer Remastered Collection will deliver an enhanced user interface, improved game graphics, and even tweaks to its gameplay logic.

Of course, the cherry on top is the open sourcing of the codes. And as noted by Vessella, this was made possible by the collaboration of EA’s tech wizards and the Command and Conquer gaming community’s council members.