Electronic Arts (EA), the National Football League (NFL), and the NFL Players Association (NFLPA) have confirmed a multi-year renewal for their partnership, which includes an exclusive deal to develop more Madden NFL games in the near future.

According to the news release, the renewed partnership deal made by EA, the NFL, and the NFLPA will extend through May 2026.

Similar to past contracts, the parties have chosen not to disclose the financial terms of this new multi-year deal.

Madden NFL was first released in 1988 by EA Sports, and in the three decades since, the game has grown into a franchise that has sold over 130 million copies to date.

The latest offering from the series is last year’s Madden NFL 20, which made its debut just last August. In just nine months, it is now considered as the most successful Madden game ever.

Per EA’s press release, the number of unique Madden NFL 20 players has increased by 30% compared to the previous year, monthly average players have hit record numbers, over 330 million hours have been played, and more than a billion minutes have been viewed via Twitch since August.

With the renewal of the multi-year partnership deal between EA, the NFL, and the NFLPA, the Madden NFL franchise is now put in a position to continue to gain momentum in the next six years.

Apart from agreeing to a renewed contract, EA, the NFL, and the NFLPA will also be joining forces in other efforts to deliver new experiences for NFL fans across the globe.

According to EA, it is looking to work with the league and the players’ association to develop more games in new genres.

These new titles will come with new gameplay mechanics, as well as self-expression. The partners are also looking to expand Madden NFL’s reach across more gaming platforms, including on mobile devices.

In the area of eSports, the deal should make way for additional competitive events and tournament broadcasts more easily accessible by football enthusiasts around the world. 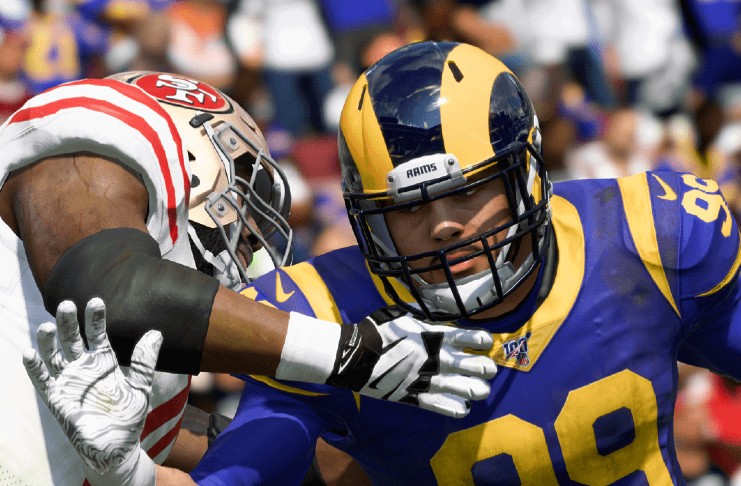 The last several months have seen the National Football League get busy with various involvements in the world of gaming.

More than a couple of months ago, the league had disclosed that it was teaming up with Take-Two Interactive (2K).

This tie-up should allow 2K to create more football-themed games, that is, in addition to its already formidable catalog of sports titles.

Apart from the 2K partnership, the NFL has also decided to extend its deal with Epic Games (the company behind megahit Fortnite) earlier this year.

Also, as pointed out by Rachel Hoagland, the NFL’s VP of gaming, eSports, and partnerships, the league is looking to offer a mobile game that has similar mechanics to Clash of Clans.