On June 10, 2018, the trailer for The Elder Scrolls 6 was released at the annual E3 event, causing massive waves in the gaming community. But nearly two years later, news about the game have been few and far between.

Most of the discussion around the sixth installment has been coming from rumors and whispers. Some of these are complete speculations, while others offer varying degrees of proof.

And among the most discussed aspects of The Elder Scrolls 6 is its narrative. Given that Skyrim’s story wasn’t exactly its strong suit, fans have been asking Bethesda to put more effort into fleshing out a gripping plotline.

Sure, graphics, combat mechanics, and world-building are all well and good. But there’s no denying that a riveting storyline can have a tremendous positive impact on the game’s reception.

Titles like Dragon Age: Origins, The Witcher 3: Wild Hunt, and The Last of Us have already shown us that narrative plays a significant part in an RPG’s success. With that being said, what exactly are the rumors saying about the plot of The Elder Scrolls 6? 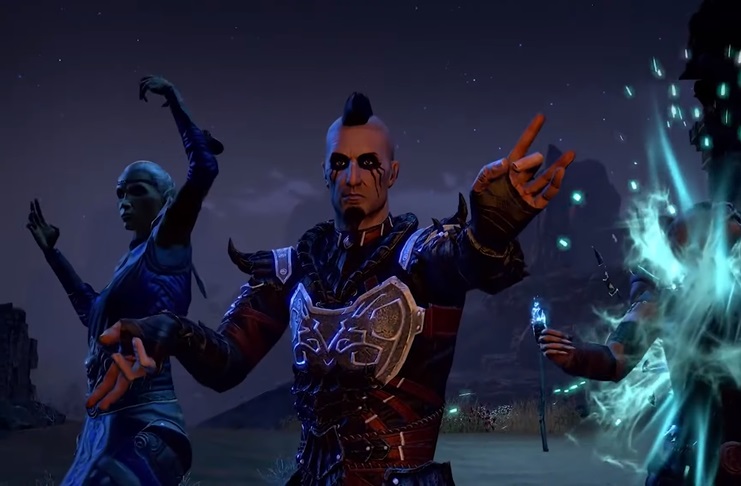 While this remains unconfirmed for now, there are whispers out there that the next game could center around a plague. The source of this speculation was due to Zenimax Media – the parent company of Bethesda – disputing the rights to trademark the name Redfall.

And since there’s a Daedric Prince of Plague who infects his follower with a disease that turns their skins red, well, you get the idea. Interestingly enough, there are also rumors pointing out that Redfall could be a reference to the Redguard race and their homeland in Hammerfell.

This ties together with another speculation that the location of the next game is on the land occupied by these dark-skinned warriors. The location certainly aligns with the area seen in the minute-long trailer.

If all of these holds, then Peryite could be the game’s next main antagonist since his domain lies around pestilence and pandemics. If Bethesda follows through with this rumor, it could prove quite interesting seeing what’s currently happening in the real world.

Release date could be years away

Whatever the case, the studio needs to come up with a solid narrative for The Elder Scrolls 6. Talos knows Bethesda needs all the help it can get after the massive firestorm caused by Fallout 76, microtransactions, and a host of other missteps.

As for its release date, that remains uncertain as well. Speculations are pointing out it could be years before the game sees the light of day, perhaps around 2024 or 2025. Maybe even beyond that.