Elizabeth Olsen had risen to fame when she joined the Marvel Cinematic Universe in 2015. She first joined the franchise in the second Avengers film, The Age of Ultron.

Since then, she has become an integral part of the MCU films playing the role of Scarlett Witch, or also known as “Wanda.” In fact, avid fans and followers of the film franchise even deem her as one of the strongest Avengers.

But, prior to her arrival in the Marvel universe, the public rarely sees her name on either small or big screens. Although she had a few notable film projects, reports said that she was more immersed in indie films.

Elizabeth Olsen, apparently started in the entertainment industry very young. Much like her older sisters, but, she tried to make a name for herself.

However, it did not entirely work out for her at the beginning of her career. As reported, she even went back to school and left her acting path.

After finishing school, though, she went back to have another try in Hollywood. In 2011, she made a breakthrough in her career upon the release of the film, Martha Marcy May Marlene. Four years following her first major project, she joined the Marvel Cinematic Universe, and as the reports said, the rest became history. 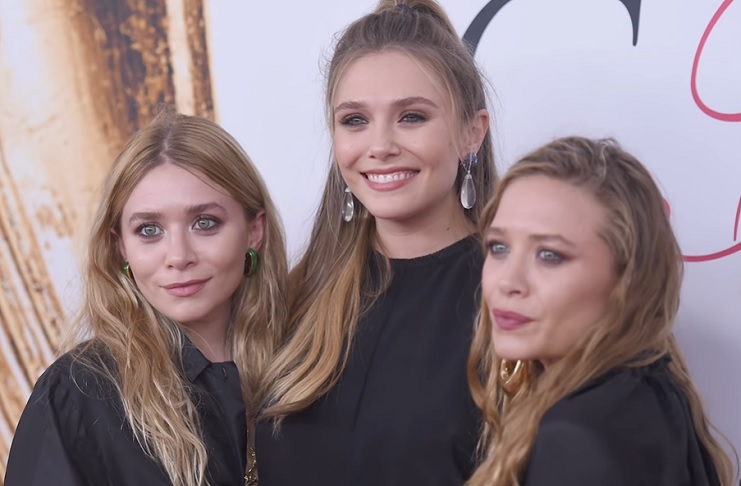 Amid her continued rise to popularity, it reportedly became a surprise to the fans after learning who her sisters are. As stated, the majority did not know that Elizabeth Olsen is a sister to the popular Olsen twins, according to Cheat Sheet.

She is sisters with Mary-Kate and Ashley Olsen

Elizabeth Olsen is the youngest sister of Mary-Kate and Ashley. Many fans reportedly had no idea about her relationship with the Olsen twins. As reported, some only learned it when they “googled” the Avengers star.

Mary-Kate and Ashley are celebrities even before they learned how to speak. Reports said that they were only six months old when they first made appearances on small screens.

As for their youngest sister, Elizabeth reportedly had a normal childhood. Unlike her older sisters, she spent most of her childhood years attending ballet lessons and other things that any child would do.

Despite this, the three Olsens reportedly had close ties. These days, however, rumors of feuds and disputes have continued to emerge, as per The Things. Mary-Kate, Ashely, and Elizabeth Olsen have reportedly maintained their silence and privacy.