Ellen DeGeneres and Portia de Rossi have, allegedly, agreed to have a baby together.

Last year, Life & Style claimed that Ellen DeGeneres has agreed to quit her long-running talk show, Ellen Show so that she could focus on being a mom. Her wife has, allegedly, been begging her to quit the show for years.

To keep DeGeneres on the show, Warner Bros. allegedly, offered the comedian a huge pay increase. However, DeGeneres has already been set on quitting the Ellen Show.

A source told the tabloid that DeGeneres and de Rossi have agreed to either adopt a baby or hire a surrogate. But regardless of what they’ll choose in the end, the couple hopes to have twins.

However, the claims made by the tabloid are incorrect. Gossip Cop confirmed that DeGeneres has not quit Ellen Show. And the rumors that de Rossi has been begging her wife to focus on their family are also false.

The funny woman previously admitted during an interview that she and her wife talked about having children. However, they both agreed that not having kids is what’s best for them.

At present, Ellen DeGeneres and de Rossi are having a blast taking care of their pretend kids – their dogs. 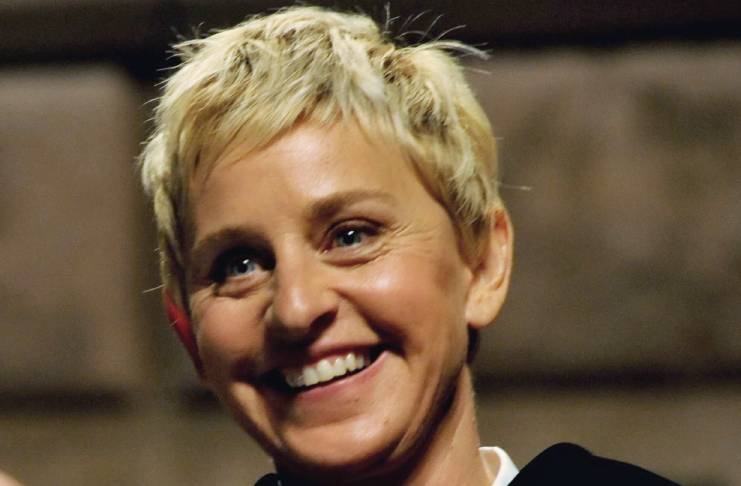 Meanwhile, there have also been several rumors surrounding DeGeneres and de Rossi. Last year, the same tabloid claimed that the couple had a massive fight after de Rossi saw DeGeneres sitting beside George W. Bush at a football game.

“Ellen and Portia were in Texas to facilitate a partnership with Portia’s new company, General Public Art, and the Jones family, which happens to own the Cowboys. Perhaps to curry favor for the company and help Portia’s cause, Ellen made a big entrance at the stadium, posed on the field, waved to fans and took a seat in the private box next to George. She left town after the game, while Portia remained in Dallas to work on her deals,” a source said.

Following the criticisms that DeGeneres received, the source claimed that the comedian took out all her anger on de Rossi. However, Gossip Cop said that this wasn’t the case.

DeGeneres did not lash out at de Rossi simply because she was criticized by the public. In fact, the host addressed the backlash on her talk show.

Ellen DeGeneres said that she and Bush are friends even though they have different beliefs.