Now to Love published the dubious story a week ago. This week, The Blast revisited the fabricated claim alongside the other rumors surrounding Ellen DeGeneres.

A source told the tabloid last year that the Ellen Show host has become addicted to face fillers because she wants to look younger for Portia de Rossi. The latter is 15 years younger than the comedian.

“Ellen’s always been subtle about this stuff in the past, but it seems she may have overdone things lately. Her face looks swollen and wax-like, so her attempts to look sexier appear to have backfired,” the source said.

The insider also claimed that DeGeneres’ friends think that she botched her face to spice up her marriage to de Rossi. After all, the funny woman has, allegedly, felt pressured to look more glamorous than her wife especially now that they’re in a much better place marriage-wise.

Shortly after the story was published, Gossip Cop debunked the claim about DeGeneres using face fillers. They said DeGeneres doesn’t use face fillers. She has not also undergone any type of cosmetic surgery. 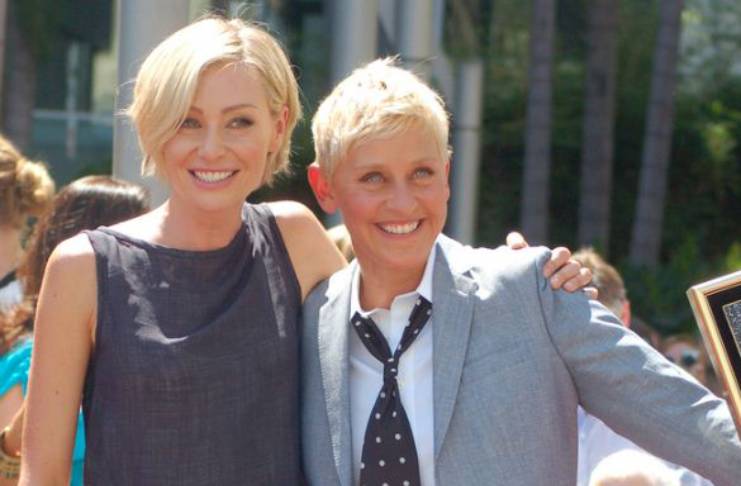 Other than DeGeneres’ appearance, there have also been countless rumors regarding the state of her marriage to de Rossi.

Last month, In Touch Weekly, claimed that de Rossi walked out on her marriage to DeGeneres after the latter refused to quit the Ellen Show. A source told the tabloid that the Scandal star wants Ellen DeGeneres to focus on their marriage.

De Rossi is not happy with all the bad press surrounding her wife. This, accruing to an unnamed source, resulted in the two A-listers feuding.

“Her image as one of the nicest people on the planet has been shattered. They had a huge argument over everything in early April and Portia got so frustrated she just left. She needed some time alone,” the source said.

Now to Love alleged that de Rossi left the home that she shares with DeGeneres. The Ally McBeal alum is, allegedly, staying in Montecito, California.

However, the claims made by the tabloids are also incorrect. DeGeneres and de Rossi are still together. The couple is also living in the same house in Los Angeles.

It is also unlikely for de Rossi to ask her wife to quit her talk show. After all, she knows how Ellen DeGeneres loves what she does so much.

Nintendo aims for copyright claims on videos of Game & Watch...

Twitter blocks 70,000 QAnon profiles after the US Capitol riots