Ellen DeGeneres has, reportedly, banned a slew of celebrities from appearing on The Ellen Show.

Years ago, Ellen DeGeneres opted to not have Vince Vaughn back on her show following his portrayal of Ronny Valentine in Dilemma.

In the trailer for Dilemma, Vaughn’s character made some inappropriate comments about homosexuals. DeGeneres was, reportedly, offended by the remark because she’s openly gay.

“Electric cars are gay. I mean, not homosexual, but my parents are chaperoning the dance gay,” Ronny said. 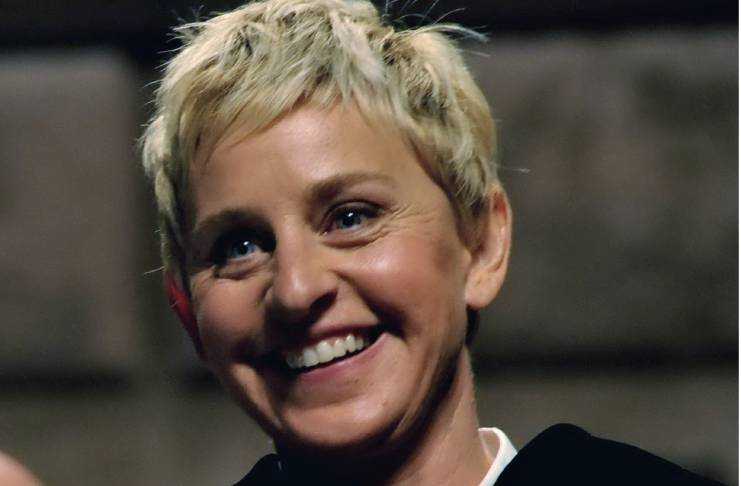 Portia de Rossi’s wife also reportedly banned gospel singer Kim Burrell from appearing on The Ellen Show. During a Facebook Live session, Burrell made some homophobic comments that did not sit well with the funny woman.

Burrell was supposed to promote Hidden Figures with Pharrell, but DeGeneres made it clear that she didn’t want the gospel singer on her talk show.

“Her name is Kim Burrell. She made a statement and she was doing a Facebook Live and she said some very not nice things about homosexuals, so I didn’t feel that was good of me to have her on the show to give her a platform after she was saying things about me,” Ellen DeGeneres explained.

DeGeneres has also been feuding with Kathy Griffin for years. Their problems, reportedly, started after DeGeneres called Griffin “mean” in her monologue.

Shortly after, rumors swirled that DeGeneres banned Griffin from her show. And the comedian decided to respond to the allegations during her interview with W Magazine.

DeGeneres has been hosting the Ellen Show since Sept. 8, 2003. And she, reportedly, has a slew of rules that her guests need to follow.

According to Screen Rant, no food, drinks, and cameras are allowed inside the studio. DeGeneres, reportedly, doesn’t want her guests to wear black and white-colored outfits.

Audiences can bring presents for DeGeneres. However, they must inform the security team first. And those who have tickets aren’t allowed to sell them or put them up for an auction.

Ellen DeGeneres doesn’t also want her guests that come in groups to wear coordinating outfits. And only audiences 14 years old and above will be allowed to watch her live except if DeGeneres invited them.

A balancing act between benefits and risks: making sense of the...

Too hot, heading south: how climate change may drive one-third of...

Phone wet and won’t turn on? Here’s how to deal with...