Home Entertainment Ellen DeGeneres broke up with her girlfriend to be with Portia de...

Ellen DeGeneres and Portia de Rossi were both in a relationship with their respective partners when they ran into each other in 2004.

The couple was at the Shrine Auditorium in Los Angeles then. According to E! News, Ellen DeGeneres and de Rossi’s life was never the same after the second time that they met.

While speaking with The Advocate, de Rossi admitted that she had a very long and difficult struggle with her sexuality.

“I was thinking, Well, the people who need to know I’m gay now, and I’m somehow living by example by continuing on with my career and having a full, rich life, and I am incidentally gay, but it’s not a big political platform. I justified it in so many ways,” she said.

DeGeneres, on the other hand was dating Anne Heche when she first met de Rossi in 2000.

During her interview, de Rossi admitted that she never stopped thinking about the Ellen Show host. After all, she has never felt that kind of energy with anyone in her life. 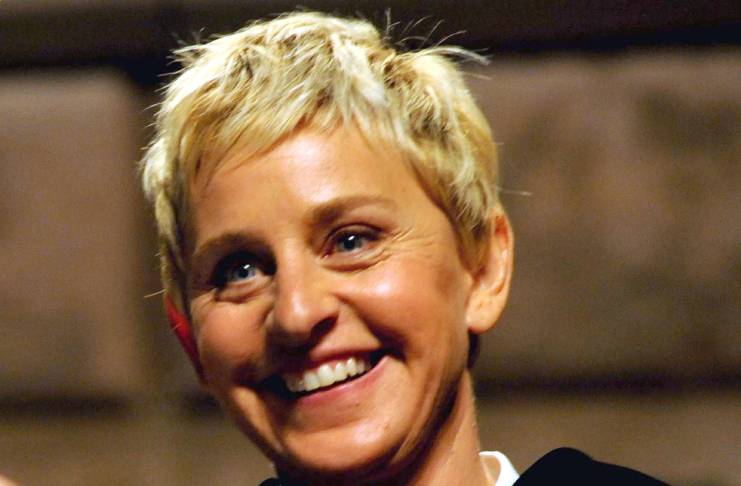 In order for DeGeneres and de Rossi to make things official, they both had to tell their former partners that it’s time to call it quits.

While speaking with People, the comedian admitted that doing so was challenging.

“We were just supposed to be together. It was a tough decision. I was physically getting sick because I was trying not to say anything. So, I told Alex and she told Francesca. It was really hard to uproot everything,” DeGeneres said.

In 2014, Gregorini also talked about her split from de Rossi. While speaking with The Advocate, she said that it was harrowing back then. But everyone has moved on, and she’s happy for DeGeneres and de Rossi.

“We were meant to be together for that point in time, and, and then not, and I think she found a great partner for her. I think they’re really well matched,” Gregorini said.

Years after DeGeneres and de Rossi moved in together, they tied the knot with only 19 people as their guests.

Ellen DeGeneres and de Rossi exchanged their “I Dos” at their home in Los Angeles.