Ellen DeGeneres and Kelly Clarkson are, allegedly, at odds with each other.

Two months ago, Globe published a story about Ellen DeGeneres getting fed up with Clarkson. An unnamed source said that the comedian thinks that Clarkson could steal the limelight from her completely. However, no concrete pieces of evidence can confirm that these hearsays are correct as of this writing.

But the insider insisted that DeGeneres has been cussing behind the scenes after Clarkson pushed her buttons. The source also claimed that the comedian is worried about ratings and Clarkson possibly getting ahead of her in the coming months.

“What makes it worse is Kelly’s touting it all over town. A lot of people think Ellen’s soft and mushy and a real pushover, but she’s not. She can get in a bad mood real fast,” the source said, as per Globe.

The insider also said that Clarkson has been seeing an increase in her show’s ratings in recent months. The ratings for the Ellen Show, on the other hand, have been plummeting.

“Kelly sees exactly why her show connected with so many people. She is sincere, down-to-earth, and talks to her viewers like they’re her friends. Sure, she has celebrity guests on, but she relates to them completely differently than Ellen, more like a regular person. And unlike Ellen, she doesn’t lean on an army of highly paid comedy writers dreaming up jokes for her,” the source said. 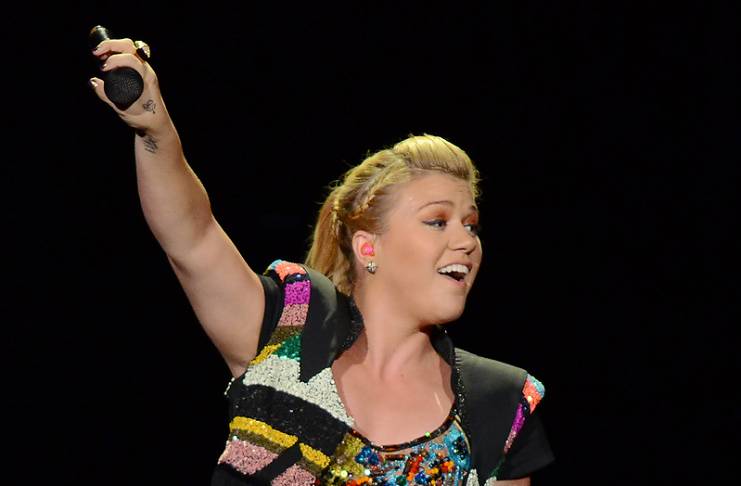 According to the source, the American Idol winner is confident that she could take over the role of Ellen DeGeneres in the talk show world. After all, the comedian’s contract is only until 2022.

However, the insider said that Portia de Rossi’s wife still wants to go out on top of her game.

“She’s cracking the whip and ordering her staff around to make it happen. She knows she’s got some serious competition from Kelly and she doesn’t like it one bit,” the source said.

Did Kelly Clarkson upstage the comedian?

And DeGeneres isn’t also happy with how Clarkson, allegedly, upstaged her when she invited the singer on the Ellen Show.

“Ellen invited Kelly on the show and suggested they trade places, with Kelly asking the questions and Ellen answering them. Kelly did such an amazing job that producers started chasing her for a TV spot all her own,” the source said.

The insider concluded the dubious article by saying that DeGeneres is second-guessing her decision to invite Clarkson on her show.

However, one should take the claims made by the tabloid with a grain of salt. Clarkson and Ellen DeGeneres are not in competition with each other. There is also no confirmation that DeGeneres is upset with the singer.

Tom Cruise had a meltdown because he can’t afford another box...

Jennifer Garner actively looking for a man to date: Rumor