Ellen DeGeneres is, allegedly, divorcing her wife, Portia de Rossi after the latter refused to have a baby with her.

Two years ago, Globe claimed that Ellen DeGeneres and de Rossi finally agreed to adopt a baby 10 years after tying the knot.

Prior to their decision, DeGeneres and de Rossi were, allegedly, struggling with their marriage. As such, the couple thought that adopting would put all their broken pieces together.

A source claimed that it was DeGeneres who was keen on adopting a baby. And the Ellen Show host was the one that convinced de Rossi. The Scandal star eventually agreed and the couple started looking into adoption agencies.

However, it didn’t take long before the Arrested Development star started feeling that DeGeneres was neglecting her. As such, de Rossi, allegedly, refused to push through with their adoption plans.

“Portia has long had issues with Ellen’s endless work hours and girl crushes… Their fights are legendary. Ellen’s spending more time at the studio and Portia’s wallowing in her grief among her own friends. It will take a miracle to get them through this,” the source said. 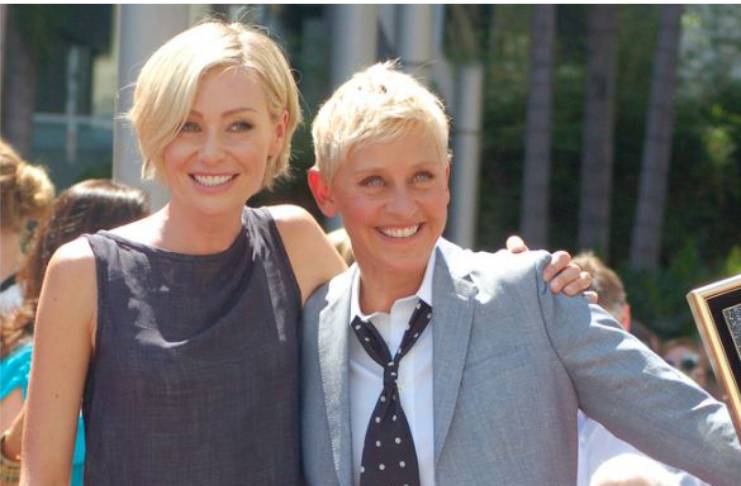 This isn’t the only time that Ellen DeGeneres was said to be divorcing de Rossi. National Enquirer previously claimed that the comedian was dumping her wife.

A source told the tabloid that DeGeneres ripped off her wedding ring before she stormed out of her own home.

“It’s all very shady and ominous. Ellen went at great lengths to keep the news from their closest friends to avoid being asked questions,” the source said.

The insider also said that DeGeneres and de Rossi were fighting nonstop. However, the tabloid never mentioned the reason behind the couple’s alleged fights.

Star previously claimed that it was de Rossi who was planning on divorcing DeGeneres. The Ally McBeal alum was, allegedly, furious at DeGeneres for defending Kevin Hart.

Hart drew flak following his homophobic tweets. As such, de Rossi felt disgusted at how her wife supported the funny man.

Gossip Cop has debunked all the divorce claims surrounding DeGeneres and de Rossi. The publication said that DeGeneres never planned on leaving de Rossi just because the latter didn’t want to have a baby with her.

The Ellen Show host has always been vocal about her thoughts on not having kids. During her appearance on Today, Ellen DeGeneres said that she loves kids. However, this is not enough reason for her to have her own children.