Photos of the couple show Ellen DeGeneres leaning into de Rossi while the Scandal actress is riding their top-down car. De Rossi is trying to wipe the stain off her wife’s lips.

The couple’s appearance came in the heels of rumors that DeGeneres and de Rossi are on the brink of divorce. According to Now to Love, de Rossi left Los Angeles amid her ongoing feud with her wife.

“Ellen’s stayed behind because they’re having problems. The tabloid contended de Rossi “won’t be back any time soon” because the spouses have been arguing over Ellen’s career,” a source said.

The source also said that de Rossi has been asking her wife to retire from the Ellen Show but DeGeneres refused. And in order to stop de Rossi from forcing her to give up her show, the comedian, allegedly, gives her everything that she wants.

According to the insider, de Rossi and Ellen DeGeneres decided that spending some time apart is what’s best for them. But the recent photos of the couple confirmed that de Rossi didn’t move out of their home in Los Angeles. 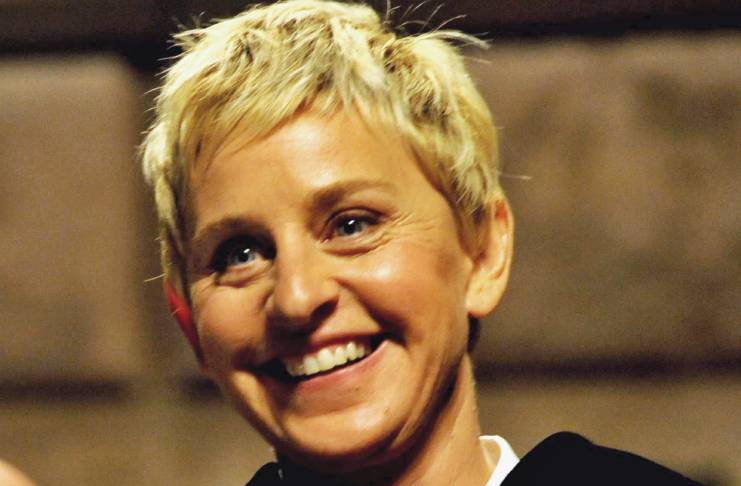 Ellen DeGeneres grateful to her wife

Last week, another source told Us Weekly that DeGeneres is grateful to de Rossi for staying with her amid the criticisms that she is receiving.

“Ellen’s so grateful to have Portia in her life as a soulmate and a sounding board, but that doesn’t mean it’s been easy. Their home life is strained right now… Her friends never ask her to be funny or tell jokes. They accept her as is,” the source said.

Throughout the past two months, DeGeneres has been accused of being mean. A slew of people has come forward to accuse DeGeneres of being a diva.

But despite the criticisms, the ratings for the Ellen Show continue to soar.

“Ellen’s been in our homes for so long, it’ll take a lot more than a bodyguard and a blogger to change how people feel about her. Her best response is just being happy Ellen on the show every day,” the source said.

The Ellen Show continues to air weekly and it is taped from straight from the home of Ellen DeGeneres and de Rossi.

Chris Hemsworth bans Liam Hemsworth from hanging out with him, his...