According to multiple tabloids, the Ellen Show host got into a misunderstanding with the celebrities due to a wide range of reasons. Two years ago, New Idea claimed that Ellen DeGeneres was upset with Witherspoon because the latter was planning to start her own talk show.

A source told the tabloid that the Big Little Lies star wants to dethrone DeGeneres as the queen of TV. The insider also said that DeGeneres is extremely jealous of Witherspoon.

“Reese and Ellen have always been competitive. They constantly like to one-up each other,” the source said. 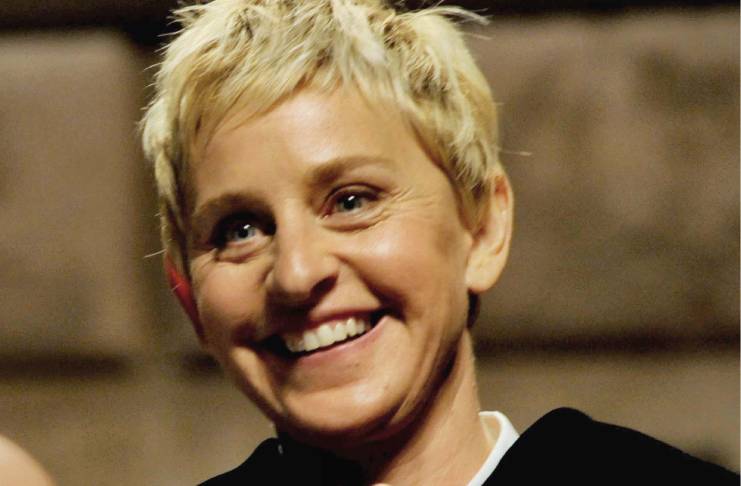 In the same year, Life & Style claimed that Portia de Rossi’s wife was livid at Kelly Clarkson because the latter was getting her own talk show. A source told the tabloid that Clarkson will be DeGeneres’ direct competition. And it is possible for the American Idol winner to dethrone DeGeneres as the queen of daytime TV.

DeGeneres found herself in the middle of a so-called feud between Kelly Ripa and Michael Strahan. After the latter left Live, he appeared on the Ellen Show to take part in a hilarious segment with Ellen DeGeneres.

A source said DeGeneres upset Ripa after the comedian invited Strahan on the Ellen Show. Mark Consuelos’ wife was, allegedly, furious because she thought DeGeneres was playing favorites.

Shortly after, Star claimed that DeGeneres was begging for Ripa’s forgiveness. The comedian, allegedly, wants to bury the hatchet after taking a swipe at Ripa on the Ellen Show.

Does Ellen DeGeneres think Charlize Theron is a bad influence?

In 2017, there were also claims that DeGeneres got into a fight with Theron. According to Radar Online, DeGeneres was worried that Theron was being a bad influence on de Rossi.

“Ellen knows Charlize and finds her controlling and brash, and worries how she’ll influence Portia. She knows Portia is like putty and adapts to whomever she’s hanging out with,” a source said.

Gossip Cop has debunked all the dubious claims made by the different tabloids about DeGeneres.

The publication said that DeGeneres never competed with Witherspoon and Clarkson. The Ellen Show host didn’t beg for Ripa’s forgiveness either.

It is also untrue that Ellen DeGeneres thinks Theron is a bad influence on her wife.