Ellen DeGeneres is, allegedly, “unkind” and “mean,” according to some of her critics.

The allegations against Ellen DeGeneres heightened after Kevin T. Porter urged his followers to expose the comedian. But two years ago, DeGeneres also faced similar allegations. She already responded to them.

While speaking with The New York Times, DeGeneres shared the important piece of advice that her wife, Portia de Rossi gave to her.

“Portia said: Just remember, the nicer they are, the more they are going to screw you,” DeGeneres said.

The interviewer then asked the Ellen Show host about the tabloid stories featuring anonymous complaints about her. Most of the allegations claimed that DeGeneres isn’t always kind to those she works with.

“That bugs me if someone is saying that because it’s an outright lie. The first day I said: ‘The one thing that I want is everyone here to be happy and proud of where they work, and if not, don’t work here. No one is going to raise their voice or not be grateful. That’s the rule to this day,” DeGeneres said. 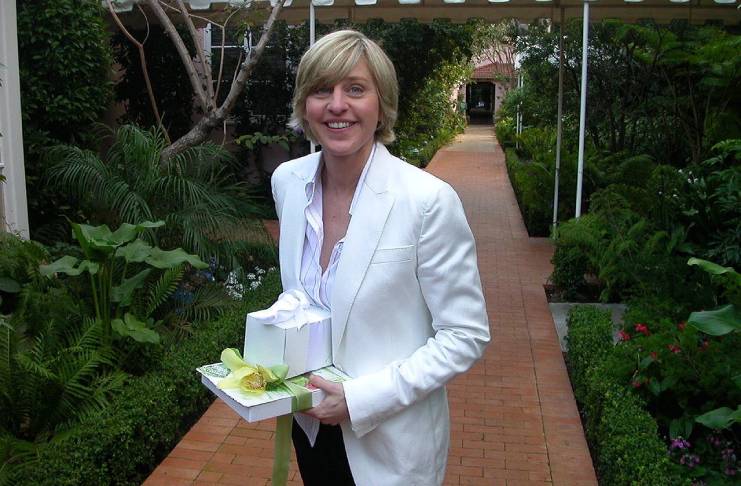 However, the host’s response was very different from what some of her staff recently said about her. In April, Variety reported that DeGeneres’ staff is furious at the host for not informing them about their pay cuts.

Insiders claimed that the staff of Ellen DeGeneres thinks that the host’s treatment of her people is inconsistent with her daily message to her audiences. On the Ellen Show, DeGeneres always asks her viewers to be kind.

DeGeneres hasn’t responded to the recent criticisms thrown at her. While speaking with Pop Culture, celebrity brand expert Eric Schiffer explained why he thinks DeGeneres hasn’t commented on the issue.

“One of the rules of crisis management is, ‘Don’t tell an untruth’ and for her to come out and deny it would be an untruth,” he said.

Schiffer also accused DeGeneres of having one of the single biggest egos in Hollywood. And he said that the criticisms against the host are true.

The brand expert also said that the coronavirus pandemic shed light on who DeGeneres is.

“It revealed who she is to the world, first through how she treated her staff and eviscerating them from the payroll of, in most cases, during a time in which people could barely pay the rent if they didn’t have a position; and two, many leaked and let the truth out who had been holding back. It allowed others to feel emboldened and free to speak the truth about the Ellen DeGeneres that they see, which is the single biggest phony in the history of modern Hollywood,” he said.

Elon Musk got $15 billion poorer in one day after Bitcoin...

Netflix auto downloads for iOS coming, but not Spatial Audio

Samsung Galaxy Z Fold 3 to get S Pen support this...

‘The Bachelor’ 2021 spoilers: Matt James broke up with Rachael Kirkconnell?