Ellen DeGeneres got called out by Caitlyn Jenner and Priyanka Chopra when they appeared on her show.

In 2015, the Keeping Up With the Kardashians alum shared her thoughts on gay marriage in the Ellen Show. Jenner told Ellen DeGeneres that she’s a traditionalist, which means that the only marriage that she knows is between a man and a woman.

DeGeneres was visibly upset over Jenner’s statement especially since the former athlete as a transgender has always wanted to receive acceptance from the world. When the comedian appeared on The Howard Stern Show, Portia de Rossi’s wife fired back at Jenner.

“You’re wanting people to understand and accept you… and you still have a judgment about gay people and marriage,” she told the host of the talk show.

However, DeGeneres’ comments did not sit well with Kris Jenner’s ex-husband. In her memoir The Secrets of My Life, Jenner revealed that DeGeneres asked her to share her thoughts on marriage equality and how it has progressed over the years.

Jenner said that she thought that’s exactly the topic that DeGeneres wanted to talk about.

“I am for it. I did not initially understand why marriage was so important, influenced no doubt by my own personal experience. Now I do, and it’s a wonderful thing to see,” Jenner said.

Jenner accused Ellen DeGeneres of taking her statements about marriage equality out of context. While on the Ellen Show, Jenner tried to end her argument with the host by saying that if the word marriage is that important to her, she’s going to be OK with it.

However, DeGeneres still took offense with the comment, and she told Stern all about it. The latter agreed with the funny woman. 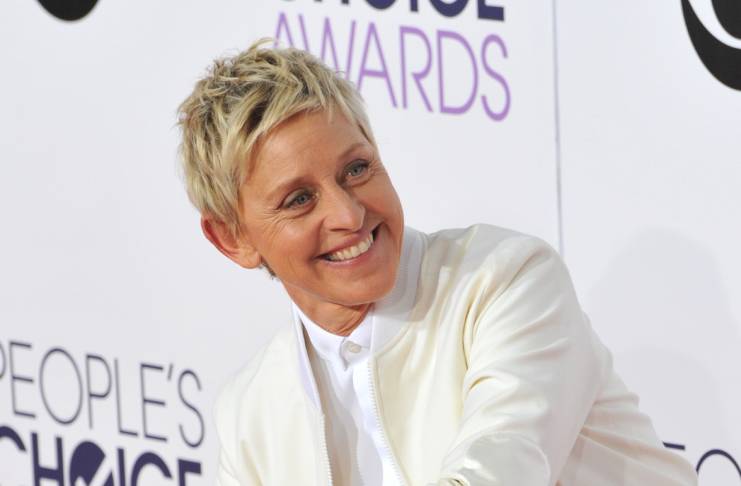 Chopra also threw shade at DeGeneres for not attending her wedding to Nick Jonas. The Quantico star said that she and her husband felt offended by the snub.

DeGeneres tried to make light of the situation by saying that she didn’t receive an invitation. Chopra insisted that she and her husband sent an invitation to DeGeneres, as well as their 200 guests.

Dakota Johnson also had a similar experience with the host. The Fifty Shades of Grey star invited DeGeneres to her birthday party, but the latter didn’t attend.

Instead of apologizing, DeGeneres turned the tables at Johnson by saying that she didn’t receive an invitation.