Ellen DeGeneres got called out by Piers Morgan and Susan Sarandon due to entirely different reasons.

Three years ago, the Good Morning Britain host reacted to a photo that Ellen DeGeneres posted on Twitter. The Ellen Show host shared a snap of herself gawking at Katy Perry’s breasts to commemorate the latter’s birthday.

The second sentence in DeGeneres’ tweet was a reference to one of Perry’s songs. However, Morgan didn’t find the joke funny. The British host also accused the comedian of sexism.

“If a man made this joke, Ellen would lead the cries of ‘SEXIST PIG!’” Morgan wrote.

“Imagine if Cam Newton or any sent out this tweet & photo,” he tweeted. 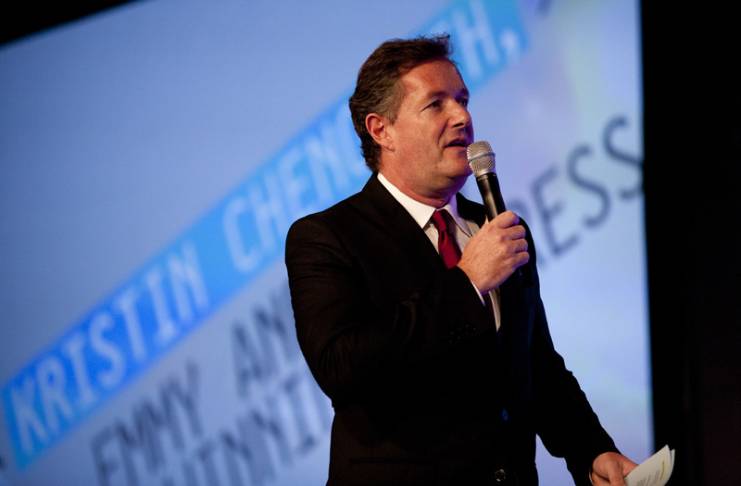 Morgan once again slammed DeGeneres following the latter’s acceptance speech at the People’s Choice Awards. Portia de Rossi’s wife displayed a photo of a topless Chris Hemsworth in front of the other celebrities at the venue.

Hemsworth laughed at the joke, but Morgan wasn’t pleased. The latter said that he had never been so disgusted by anything in his entire life. Morgan once again accused DeGeneres of being sexist.

Last year, Morgan attacked Ellen DeGeneres on his show. After announcing that the funny woman would host the Oscars, Morgan said that he’s not pleased.

When his co-host, Susanna Reid said that DeGeneres would be a wonderful host for the awards show, Morgan immediately contradicted her. He also called DeGeneres a hopeless host.

The host told her supporters that Bush is her friend after returning to the Ellen Show.

“In fact, I’m friends with a lot of people who don’t share the same beliefs that I have. We’re all different, and I think we’ve forgotten that that’s OK that we’re all different. Just because I don’t agree with someone on everything doesn’t mean I’m not going to be friends with them,” she said.

However, Sarandon didn’t seem to buy DeGeneres’ explanation. On her Twitter account, the actress said that the host missed the entire point.

“Ellen DeGeneres framed the issue as simply a matter of her hanging out with someone with different opinions, not a man repeatedly accused of being a war criminal,” Sarandon wrote.

Images used courtesy of DFree/Shutterstock and Digitas Photos / CC BY