Home Entertainment Ellen Degeneres heartbreak: Host’s girlfriend’s death inspired her to do this

Ellen DeGeneres, previously, spoke about the death of one of her ex-girlfriends.

The Ellen Show host appeared on the Armchair Expert podcast, where Ellen DeGeneres told Dax Shepard that her ex-girlfriend was killed in a car crash when the comedian was just 20 years old.

Back then, DeGeneres still wasn’t doing stand-up comedy, and she and her ex-girlfriend were living together. On the last night that they hung out, DeGeneres saw a car on the road that was split into two.

The next morning, she learned that she drove past the vehicle that was transporting her ex-girlfriend.

Ellen DeGeneres talks about her struggles

“I couldn’t afford to live where we were living together and so I moved into this tiny little basement apartment. I moved into this basement apartment and I was sleeping on a mattress on a floor and it was infested with fleas. And I used to write all the time, I wrote poetry and songs and stuff, and I thought, ‘Why is this beautiful 21-year-old girl just gone and fleas are here?’” DeGeneres said. 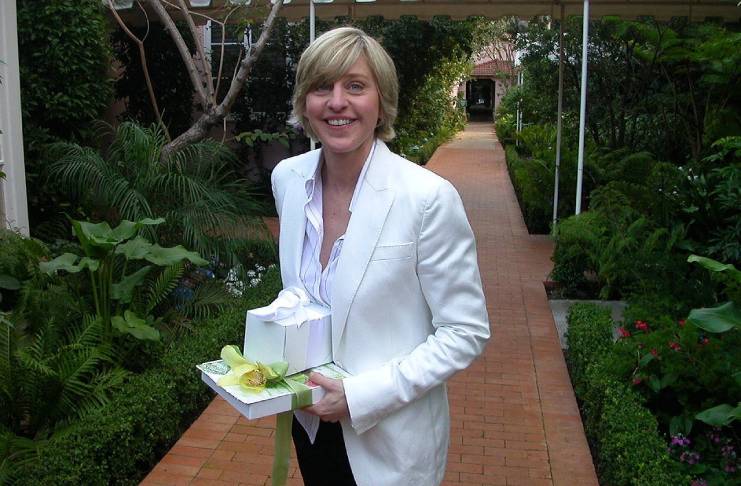 Despite the heartbreaking incident, Ellen DeGeneres revealed that something came out of her ex-girlfriend’s sudden death. The incident inspired her to create her first-ever material for her stand-up comedy gig on The Tonight Show Starring Johnny Carson.

Portia de Rossi’s wife’s bit was titled Phone Call to God. During her stint, DeGeneres said that it would be amazing to be able to call God, ask questions, and get answers.

DeGeneres felt that she would be the first woman in the show’s history to be invited to sit down by the host. And that’s exactly what happened.

During her interview with Oprah Winfrey as part of Oprah’s Master Class in 2015, DeGeneres also talked about the sudden death of her ex-girlfriend.

She revealed that the tragic incident took place shortly after one of their big fights.

“She was trying to get me to come back home. I acted like I couldn’t hear her because the music was too loud. I was being really… dismissive of her,” DeGeneres said.

On the night of her ex-girlfriend’s death, DeGeneres and her ex went out to watch a gig. The then-couple decided to go home separately because DeGeneres opted to drive back home with her friends.

“That, of course, made me feel like I should have gone home with her that night,” Ellen DeGeneres said.