Ellen DeGeneres and Portia de Rossi are, allegedly, facing another blow in their 12-year marriage.

According to In Touch Weekly, the obsession of Ellen DeGeneres with money is causing major problems in her relationship with Portia de Rossi. An unnamed source said that the Scandal actress doesn’t understand DeGeneres’ obsession. However, no concrete pieces of evidence can confirm that these hearsays are true as of this writing.

“Ellen creates these elaborate scenarios in her head about going broke and Portia can’t take it anymore. This could be the final straw for her,” the source said. 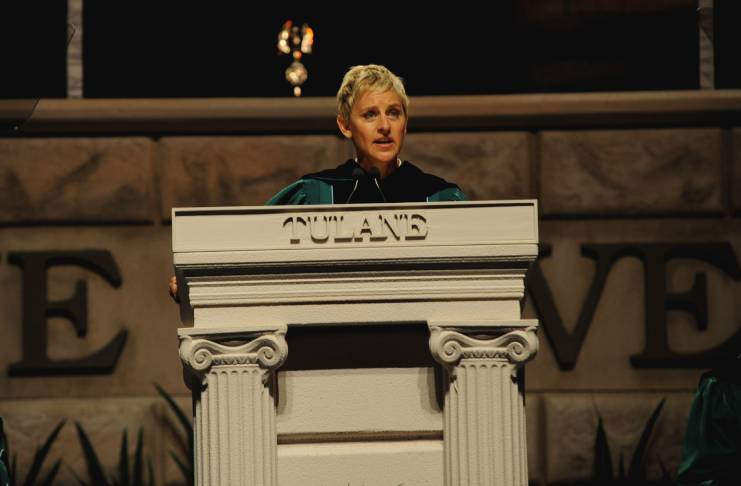 The insider also claimed that DeGeneres is going broke amid the coronavirus pandemic. After all, her attempts to make huge sums of money by selling properties hasn’t been successful.

In May 2019, the Ellen Show host, reportedly, purchased Adam Levine’s Beverly Hills home. And the tabloid claimed that DeGeneres is trying to sell the property for $58 million.

“She bought it for $42.5 million and has listed it for $58 million, but she won’t get anything close to that. I’d be surprised if she gets $30 million,” the source said.

According to the unnamed source, Ellen DeGeneres is also trying to sell her home in Montecito, California. And as of today, she has already sold 20 properties.

“She’s feeling the housing crunch big-time. And she has so much money tied up in these homes, she could go broke!” the source claimed.

Is Portia de Rossi’s wife cutting her staff’s pay to save some money?

The insider also accused DeGeneres of being cheap. In April, reports swirled that DeGeneres was cutting the pay of her staff in the Ellen Show. The unfounded source claimed that the pay cut was put in place so that DeGeneres could save some money.

“Maybe the prospect of her losing millions on these investment properties caused her to take a hard line at the show. Her reputation took a big hit for the salary-slashing incident and that can hurt the sale of these two properties even more. Having her name attached to something used to be a big plus. That may not be the case anymore with all these horror stories coming out about her,” the source said.

However, Gossip Cop debunked all of the claims made by the tabloid. The publication called the rumors regarding DeGeneres and de Rossi’s relationship nonsense.

The rumor-debunking site also said that Ellen DeGeneres isn’t going broke. And the only accurate thing that the tabloid wrote is that DeGeneres has a penchant for real estate.