Ellen DeGeneres and Portia de Rossi are, allegedly, heading for a $450 million divorce.

Last year, Star claimed that Ellen DeGeneres has finally decided to call it quits with de Rossi after months on constant fighting. An unnamed source claimed that de Rossi was seen breaking down in public in Los Angeles shortly after she and DeGeneres had the talk. However, no concrete pieces of evidence can confirm that these hearsays are correct as of this writing.

But the insider insisted that the Scandal actress broke down because she could lose the love of her life.

“Her eyes were red and puffy, her makeup was running and she looked unsteady on her feet. It was shocking to see,” the unnamed source said, as per Star. 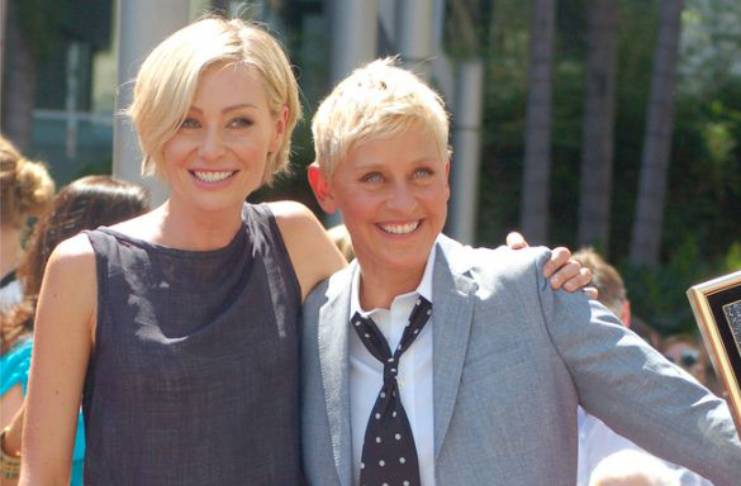 Ellen DeGeneres allegedly controlling in her marriage to Portia

According to the source, DeGeneres and de Rossi’s marriage has been hanging by a thread for years due to the former’s busy schedule. The insider also accused the Ellen Show host of being controlling.

“On top of that, they had a blowout fight last summer when Portia rejected Ellen’s please to adopt a child. The tension is off the charts, and something had to give,” the source said.

Ellen DeGeneres purchased property behind her wife’s back?

The insider also claimed that Ellen DeGeneres purchased a $27.5 million property behind de Rossi’s back. After all, this is where she will be relocating once their divorce is filed.

“Ellen bought it under a pseudonym because she didn’t want Portia to know about it. Apparently, she even made the realtor sign a nondisclosure agreement to keep it hush-hush. It doesn’t take a genius to figure out that this is where she’s moving as she rebuilds her life after Portia,” the source said.

Despite the dubious story being about DeGeneres and de Rossi’s $450 million divorce, there’s only a brief mention of this premise in the article. The source said that DeGeneres is at risk of splitting her $450 million fortune between her and de Rossi if she decides to push through with her divorce filing.

“There’s still a lot of love between them, but Ellen and Portia may finally be going their separate ways,” the source said.

However, one should take the claims made by the tabloid with a grain of salt. One year has already passed and Ellen DeGeneres and de Rossi are still together. In fact, the couple hasn’t said anything about wanting to get a divorce.

Victoria Beckham worried about the backlash David Beckham is facing due...

NASA: Asteroid to break into Earth’s orbit next week