Ellen DeGeneres previously revealed that she ran away from home when she was much younger.

In My Next Guests Needs No Introduction, Ellen DeGeneres told David Letterman that she was a victim of abuse. DeGeneres said that her mom, Betty, married a very bad man, and she stayed with him for two decades.

Following Betty DeGeneres’ cancer diagnosis, DeGeneres’ stepfather touched her breasts while pretending that he was checking if she also had a lump.

Ellen DeGeneres fled her home as a teenager

Portia de Rossi’s wife also said that the assault worsened after her stepfather tried to break into her room. DeGeneres knew that if she didn’t run away from her house, her stepfather would’ve done something more to her.

“He tries to break my door down, and I kicked the window out and ran because I knew it was going to go more to something. And I didn’t want to tell my mother because I was protecting her and I knew that would ruin her happiness,” she said. 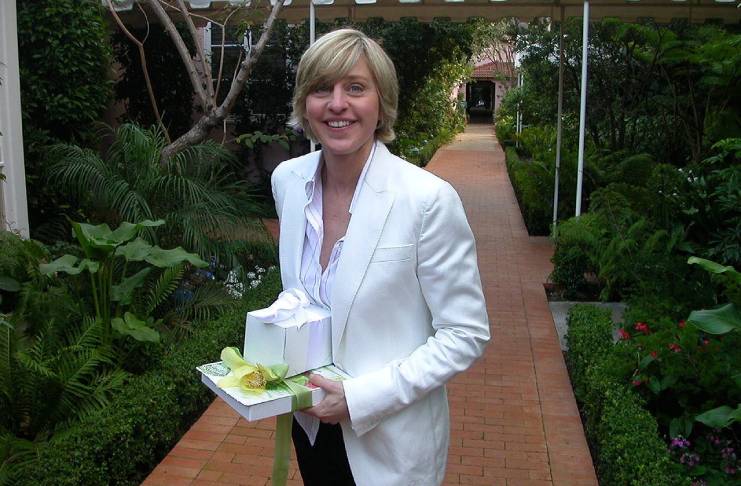 Portia de Rossi’s wife was angry at herself

The Ellen Show host admitted that she was angry at herself because she was too weak to stand up to her stepfather.

“I was 15 or 16. It’s a really horrible, horrible story and the only reason I’m actually going to go into detail about it is because I want other girls to not ever let someone do that,” she said.

Ellen DeGeneres clarifies claims about her being a lesbian

Ellen DeGeneres first talked about the harrowing experience during her interview with Allure in 2005. She said that after leaving her house, she slept at the hospital all night long.

“It’s important for teenage girls out there to hear that there are different ways to say no. And if it ever happens to them, they should tell someone right away,” she said.

DeGeneres also denied the claims that she became a lesbian because of what her stepdad did to her. The funny woman said that she was already a lesbian even before the traumatic incident took place.

“My earliest memories are of being a lesbian,” Ellen DeGeneres said.