Ellen DeGeneres’ wife, Portia de Rossi has, allegedly, walked out on their marriage.

According to In Touch Weekly, Portia de Rossi has been begging DeGeneres to quit the Ellen Show. The Scandal star, allegedly, wants her wife to focus on their marriage.

A source told the tabloid that de Rossi cannot believe all the bad press that DeGeneres has been receiving. This, allegedly, resulted in a heated argument between the couple.

“Her image as one of the nicest people on the planet has been shattered. They had a huge argument over everything in early April and Portia got so frustrated she just left. She needed some time alone,” the source said. 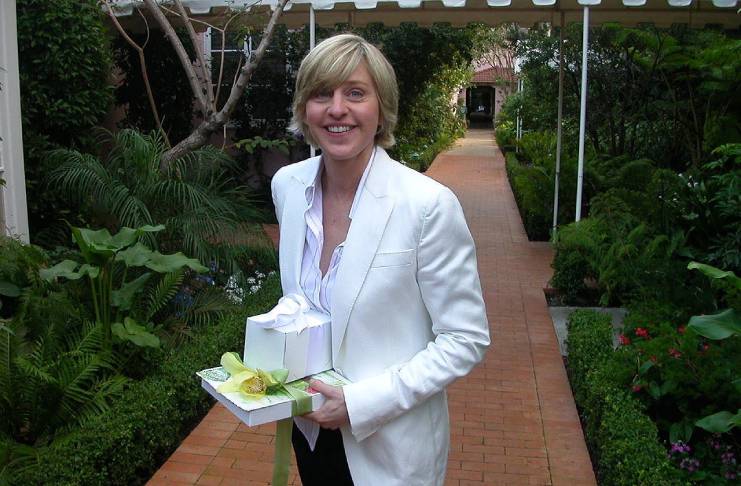 Last month, comedian Kevin T. Porter encouraged his Twitter followers to share some of their negative experiences with DeGeneres. A lot of people responded to Porter’s post with cruel allegations against the talk show host.

Weeks later, Variety claimed the DeGeneres’ staff on the Ellen Show are furious over their 60 percent pay cut. They also accused their boss of not caring because DeGeneres decided to hire a new team for her at-home episodes during the coronavirus pandemic.

As of late, DeGeneres has not responded to the allegations thrown at her. However, this isn’t the first time that she and de Rossi’s marriage are rumored to be on the rocks.

Last month, OK! Australia claimed that the couple has been living apart. A source told the tabloid that de Rossi left their home in Los Angeles due to some problems in their relationship.

“Portia wants her to retire, but Ellen refuses to and is actually working more than ever. Ellen tries to appease her by giving her whatever she wants, like funding her art company and buying any home Portia falls in love with,” the insider claimed.

However, the source claimed that the couple has already reached a boiling point, which resulted in de Rossi moving out. The couple, allegedly, thinks that staying away from each other will do them good.

At the end of the day, DeGeneres and de Rossi love each other a lot. The source said that it is unlikely that they will divorce.

During her interview with Us Weekly in 2018, de Rossi responded to all the rumors surrounding her marriage to DeGeneres. The former actress suggested that she and her wife are grateful for all the speculations about their relationship.

“The divorce rumors came and then we really knew the perceptions had changed. I’m not kidding. I know it sounds ridiculous, but when that started happening, I thought, ‘Oh, now we’re finally accepted.’ We get the same [expletive] as every celebrity couple,” Portia de Rossi said.

Amy Duggar reacts to troll commenting on her weight, having only...