Portia de Rossi has, allegedly, warned Jennifer Aniston to stay away from her wife, Ellen DeGeneres.

According to New Idea, Ellen DeGeneres and Aniston went out to dinner with Courteney Cox, and there was, allegedly, some tension among the group. An unnamed source told the outlet that de Rossi and Aniston came to a head after the Scandal actress became suspicious of the latter. However, no concrete pieces of evidence can prove that these hearsays are true up to this writing. 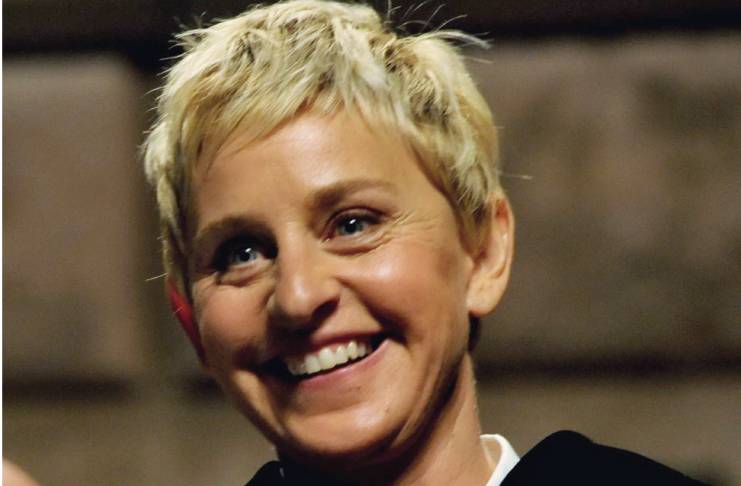 The tabloid also said that de Rossi saw her wife and Aniston engrossed in a conversation, and she was not happy. The Ally McBeal alum, allegedly, confronted the Friends star and accused her of being a bad influence on DeGeneres. De Rossi also, allegedly, asked Aniston to stay away from her wife.

“It was a pretty dramatic end to the night and Portia seemed pretty angry… De Rossi believes Aniston is turning Ellen against her and is convinced that Jen badmouths her to Ellen,” the unnamed source claimed, as per New Idea.

The insider also said that de Rossi is worried about Aniston is influencing DeGeneres to give up on the idea of marriage. After all, this is something that she has, allegedly, done.

However, one should take the claims made by the tabloid with a grain of salt. According to Gossip Cop, de Rossi and Aniston never had a confrontation during their dinner with Cox.

Rumors about DeGeneres and Aniston’s relationship have been rife throughout the past couple of months. There were previous claims that the A-listers made de Rossi jealous after they kissed on the Ellen Show.

According to National Enquirer, DeGeneres has become smitten with Aniston following their on-air kiss.

“Now, Ellen can’t stop gushing about Jen, and it’s turned into a crush. This is a big issue for Portia, and you have to wonder how much more controversy the marriage can take. It wouldn’t surprise anyone if Portia leaves Ellen for good,” an unnamed source claimed, as per National Enquirer.

However, there aren’t concrete pieces of evidence to support these hearsays as of this writing.

It is also important to note that Ellen DeGeneres and de Rossi are happy in their marriage. They will celebrate their 12th wedding anniversary on August 16.