Ellen Pompeo has no plans of quitting Grey’s Anatomy yet as the show renews for season 17.

In an interview with Variety, the 50-year old actress revealed that she is moving forward with the long-running series to continue her role as Meredith Grey.

Pompeo has played her character for 15 years now since the medical drama series aired in 2005.

And when asked if she has an end date in mind, the actress simply answered: “I’ve signed on for one more season is all I can say.”

Sweet 16….but seriously…WHERE DO WE GO FROM HERE? We love you guys!! Thanks for all the support. E

Clearly, Grey’s Anatomy season 17 is coming even though there is no official announcement from ABC yet. Production is also most likely going to be delayed due to the pandemic situation.

In fact, the show had to cut the last four episodes of season 16 since they weren’t able to finish filming them yet. Even though it was not meant to be, season 16 ended with Grey and her colleagues trying to save Richard Webber (James Pickens Jr.) through a miracle surgery.

Pompeo on working with the show for a long time

Grey’s Anatomy is currently the longest-running primetime medical drama in the history of television. When asked if she had ever expected this to happen, Pompeo, who is also a director and producer, revealed that it was never her goal.

However, through the series, she has found a platform that fits her lifestyle perfectly. She also said that it allowed her to stay home with her kids and not travel so much.

How incredible was the #GreysAnatomy season finale, directed by @deborahmpratt?! ????

She didn’t think of staying on the show for 16 seasons but she chose the “road less traveled” unlike other actors who would never want to stick to a show for a long period of time.

“And as soon as they get off, they do everything in their power to try to distance themselves from the show…” Pompeo said.

Pompeo on her character’s final scene

Pompeo also shared that at the moment she is not thinking about where Grey will end up in the final episode. She said that her way of surviving is by not having any expectations for her character.

And when asked about an image for her final scene, the mother of three said not the final scene but the final episode. However, she has no plans of telling what’s on her mind. 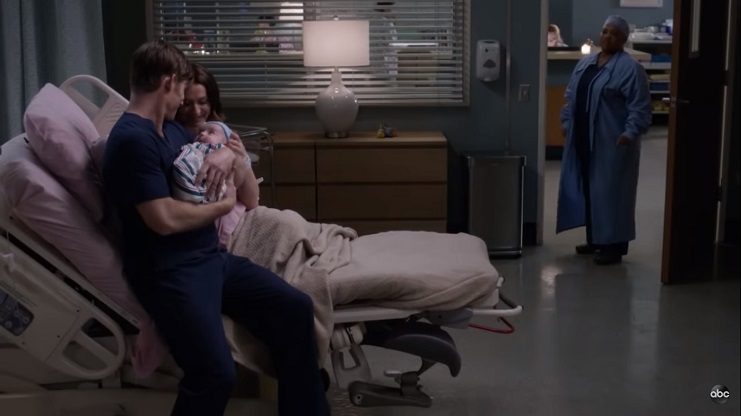 In the last episode aired for Grey’s Anatomy, Webber had an operation while Amelia Shepherd (Caterina Scorsone) delivered her baby with the help of Miranda Bailey (Chandra Wilson).