Emma Watson refuses to take “selfies” with fans. As it happens, she values her privacy so much.

Emma Watson has become very popular at a young age. When her fame started to rise, it was during her pre-teen years.

Becoming famous because of her passion is something to celebrate. However, this kind of achievement also comes with a drawback. For the  Harry Potter star, her fame came with stalkers.

Emma Watson has dealt with stalkers for years

Emma Watson played the role of Hermionie Granger in J.K. Rowling’s Harry Potter. She was only 11 years old when the film series emerged on big screens. Despite the young age, she reportedly revealed that stalkers had become a part of her daily life, according to Cheat Sheet.

In 2012, security “escorted out” a fan who reportedly found a way to the actress’s location. As stated, Emma was filming in Long Island for Darren Aronofsky’s Noah.

Emma Watson reportedly recognized the “fan” as the one who had lurked around her home. So, it makes total sense why the set cast this fan out of the location.

In 2017, Emma Watson shared her policy when it comes to meeting and greeting fans. In an interview with Vanity Fair, she opened up about her “no-selfie” rule. 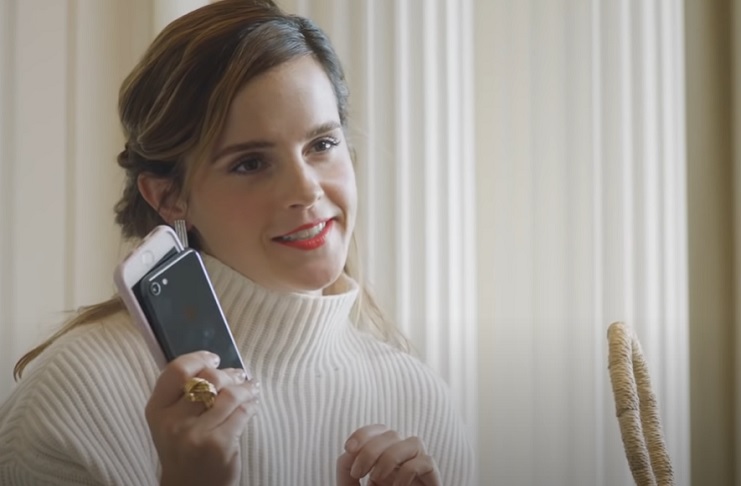 As explained, the actress has no problem with the photo. However, the location and public posting of these photos are where her concerns lie.

She revealed that this is the fine line between having a life and not. When someone takes a photo of her and posts it on social media, this creates a “marker” of where she is, she explained.

Emma also added that these photos would allow “others” to see what she is wearing or the person beside her. This is a “tracking data” that I could not give, the actress said.

While she may not give her fans the chance to have photos with her, she reportedly offers personal interactions with them. She said that she would always “sit” with fans and answers their questions, rather than taking photos.

With her rules and preferences, it is quite safe to say that she values her privacy so much, as per claims. But, aside from keeping her safe from stalkers and the “obsessive” nature of the fans, she also reportedly values the privacy of the people in her life.

It has become a logical matter when she has not opened up anything about her personal life, especially her love life. Recently, the fans and followers of Emma Watson just found out who her boyfriend is. After several months of keeping everyone in the dark, publications have seemingly found ways to get details about her boyfriend and their relationship.