After six months of speculations, the “mystery beau” of the “Harry Potter” star Emma Watson is finally revealed.

Emma Watson has remained private about her love life over the years. The actress never once named any person throughout her dating life.

Although she reportedly revealed that she had a huge crush for her former Harry Potter co-star, Tom Felton, the celebrities have remained good friends. But, aside from revealing her huge crush for the actor, she has not talked about anyone she had dated.

In October, however, speculations have developed after photos of her “passionately kissing” a “mystery man” in West London. Based on the photo, they just got out from Gail’s bakery in Notting Hill.

Nearly six months after the viral photo, the Daily Mail finally revealed the identity of the actress’ rumored boyfriend. As stated, he is the Californian business owner, Leo Alexander Robinton.

Emma Watson did not confirm anything about the matter. However, the source who shared this with the publication emphasized that this is not a speculation about the actress’ life. 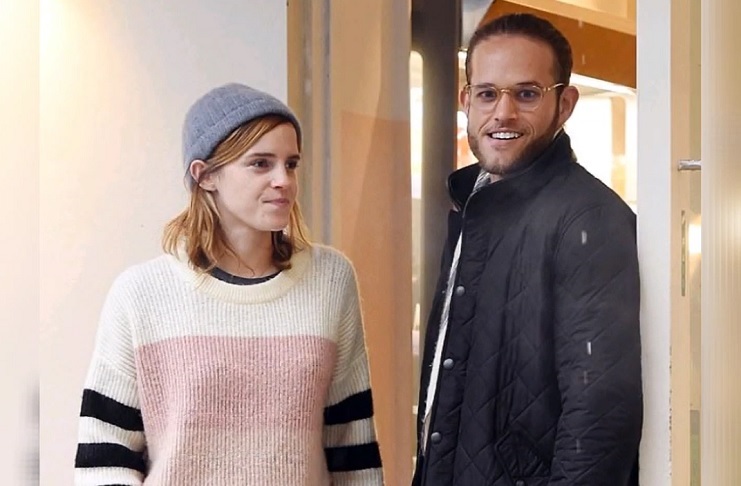 The unnamed source also confirmed that the couple is very “serious” in their relationship. As asserted, the Little Women star had already introduced Leo to her parents, Chris Watson and Jacqueline Luesby, in December. They all went for a meal in St John’s Wood, the source added.

Who is Leo Alexander Robinton?

Leo Alexander Robinton is reportedly a 30-year-old businessman. While reports did not reveal the nature of his business, sources said that he used to work for a “cannabis company,” prior to meeting Emma Watson, according to Hollywood Life.

He reportedly has a “twin brother,” Archer Robinton. Aside from them, they also have an older brother, Charlie, and two sisters, Lily and Daisy.

Since the emergence of the viral photo, several reports said that Leo “removed” himself from all social media platforms to “protect” their relationship.

She deemed herself as happily single

Despite not revealing the name of her rumored boyfriend in previous months, Emma Watson reportedly shared in December that she was “going on dates.” However, she noted that it was not with a “specific person.”

She also went on to claim that she described herself as “self-partnered.” While she never believed in the “I’m happy single” spiel, the actress contended that she is now “very happy” to be one. “It took me a long time,” though, Emma said.

So, it remains unknown whether Emma Watson and Leo Alexander Robinton are truly in a relationship or not. Whatever the case, though, fans and supporters are seemingly happy for the actress.