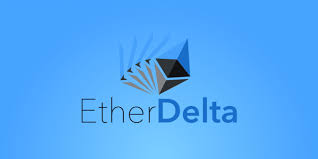 The founder of digital token exchange EtherDelta will pay a total of $388,000 in fines, after the Securities and Exchange Commission found the platform operated as an unregistered national securities exchange.

The Commission says its order recognises Coburn’s cooperation, which the Commission considered in determining not to impose a greater penalty.

The SEC’s order found that Coburn caused EtherDelta to operate as an unregistered national securities exchange.

“Over an 18-month period, EtherDelta’s users executed more than 3.6 million orders for ERC20 tokens, including tokens that are securities under the federal securities laws,” the SEC said in a statement.

“Almost all of the orders placed through EtherDelta’s platform were traded after the Commission issued its 2017 DAO Report, which concluded that certain digital assets, such as DAO tokens, were securities and that platforms that offered trading of these digital asset securities would be subject to the SEC’s requirement that exchanges register or operate pursuant to an exemption.

SEC Press Release: Settled charges against Zachary Coburn, founder of EtherDelta, a digital "token" trading platform. This is the SEC's first enforcement action based on findings that such a platform operated as an unregistered national securities exchange https://t.co/KSf3oAFFE4 pic.twitter.com/6ERQ9wMC9H

Stephanie Avakian, Co-Director of the SEC’s Enforcement Division, said EtherDelta offered trading of various digital asset securities and failed to register as an exchange or operate pursuant to an exemption.

“EtherDelta had both the user interface and underlying functionality of an online national securities exchange and was required to register with the SEC or qualify for an exemption,” Ms Avakian said.

“We are witnessing a time of significant innovation in the securities markets with the use and application of distributed ledger technology,” said Steven Peikin, Co-Director of the SEC’s Enforcement Division.

“We are witnessing a time of significant innovation in the securities markets with the use and application of distributed ledger technology.”

“But to protect investors, this innovation necessitates the SEC’s thoughtful oversight of digital markets and enforcement of existing laws.”

The SEC says it has previously brought enforcement actions relating to unregistered broker-dealers and unregistered ICOs, including some of the tokens traded on EtherDelta. M