While speaking with Fox News, Majercak detailed his encounter with Ellen DeGeneres and her wife, Portia de Rossi. In 2014, Majercak served as a bodyguard for the couple while at the Oscars.

According to Majercak, he first met de Rossi at the awards show six years ago. He described the Scandal alum as very pleasant. The former bodyguard also said that de Rossi struck up a conversation with him.

Shortly after, the Ally McBeal star introduced Majercak to DeGeneres. However, the Ellen Show did not greet the former bodyguard. Rather, she simply gave him a side glance. 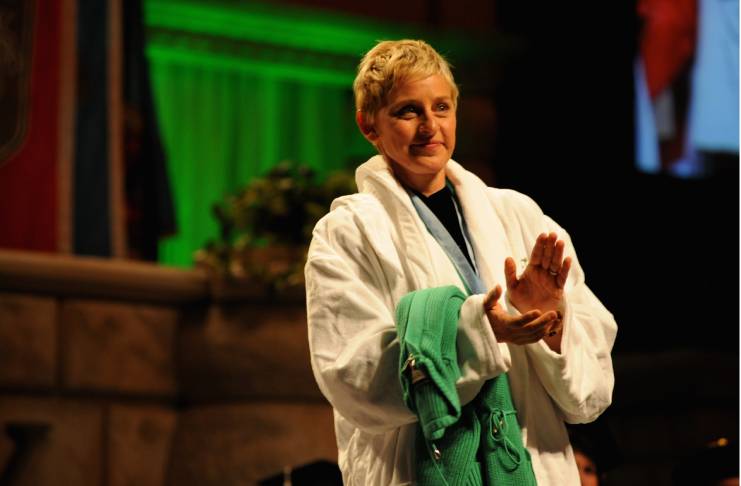 Majercak also explained why he decided to come out with his story about Ellen DeGeneres. He said that the incident has bugged him for years.

“I see this person come across as being very enlightened and positive and awesome and everybody loves her and is in awe and that’s really not the case when you meet her in person. When you see her on TV, people fall in love with her but it is a false facade and bravado. You start hearing these stories and I was like, ‘Man, there’s got to be more to this.’ She’s not the person she portrays to be that she’s playing off of society. That’s my opinion,” he said.

One of the meanest people rumors

In March, Kevin T. Porter urged other people to share some of their negative experiences with DeGeneres. The comedian donated $2 to the Los Angeles Food Back with every story he gets.

Last month, Globe dubbed the comedian as one of the meanest people because she’s rude to her staff on the Ellen Show.

A source told the tabloid that the talk show host picks on her staff randomly. Unfortunately, they have no choice but to suck it up to avoid making things worse.

DeGeneres was also accused of bailing out on her staff amid the coronavirus pandemic. She, reportedly, hired a new team to help her out. The host has also given her staff a 60 percent pay cut.

However, a spokesperson for Warner Bros. Television told Variety in April that they are committed to taking care of the show’s staff and crew.

As of late, Ellen DeGeneres has not responded to all the allegations against her.