A former employee of Microsoft was convicted of 18 federal felonies after stealing millions in digital currency from the company.

Volodymyr Kvashuk, a 25-year-old software engineer and Ukranian national, managed to steal US$10 million [AU$15 million] in digital currency during his two-year tenure at Microsoft from 2016 to 2018. For his crimes, Kvashuk is now facing up to 20 years in prison.

Kvashuk was tasked with helping test the new online retail sales platform for Microsoft, and he saw an opportunity to greatly enrich himself.

Using test accounts he created on the platform – as well as other employees’ accounts – he stole “currency stored value,” such as gift cards, which he then re-sold online for Bitcoin.

The embezzling went undetected for seven months before Microsoft realized what Kvashuk in May 2018. The company fired him a month later.

Kvashuk used the proceeds to enhance his life, buying a $160,000 Tesla and a $1.6 million lakefront home. In addition, prosecutors noted that he transferred and liquidated a total of $2.8 million in Bitcoin into various bank accounts. 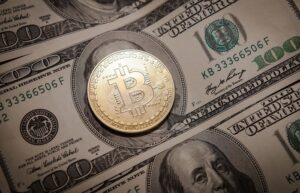 Working on a ‘special’ project for Microsoft

Kvashuk attempted to digitally cover his tracks by using a Bitcoin mixing service to launder his funds and hide the source of his new wealth. He then claimed on his tax returns that the cryptocurrency was a “gift” from a relative.

Kvashuk denied any criminal wrongdoing, saying he did not intend to defraud the company and was actually working on a special project on its behalf.

After a five-day trial in the U.S. District Court in Seattle, Kvashuk was convicted of 18 federal felonies. These felonies include:

“In addition to stealing from Microsoft, Volodymyr Kvashuk also stole from the government by concealing his fraudulent income and filing false tax returns. […] Criminals who think they can avoid detection by using cryptocurrency and laundering through mixers are put on notice…you will be caught and you will be held accountable.”